Unforgettable ’70s Throwback Will Have Y’All Jamming Along With Eddie, Troy & Chris Cagle 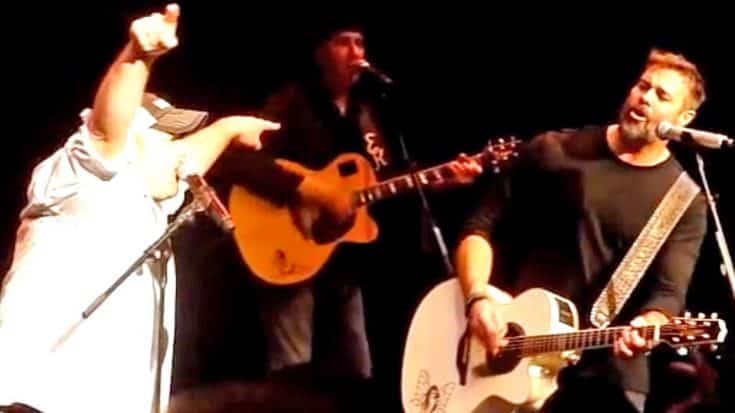 Storming the stage way back in 2011, some of country music’s favorite southern rockers took the stage with a friend for a performance Massachusetts wouldn’t quickly forget!

Eddie Montgomery, Troy Gentry, Chris Cagle, and the band decided it was time for a throwback moment and dusted off a tune almost every country fan has heard at least once in their life!

Churning out a terrific rendition of the Allman Brothers Band’s 1971 hit, “Midnight Rider”, these three turned this classic hit into a three-part jam session that had everyone’s boots stomping!

Before they kicked off the song, Cagle gave a huge shout out to Eddie’s wicked mic stand spinning skills – he admittedly could not match (we don’t know many who could!).

Watch this wonderful rendition of a classic in the video below!