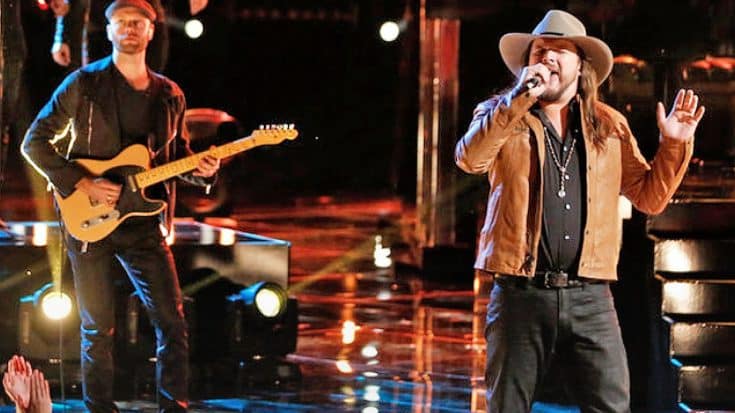 Long ago, Adam Wakefield has solidified himself as a frontrunner during this season of The Voice.

Week after week, he delivers solid performances that have fans of the show begging for more. Wakefield, a member of Team Blake, showed off his impressive vocal range during the Top 11 show with a performance of Journey’s hit song “Lights”.

He began the performance playing the piano, but halfway through he emerges from behind it and completely rocked our world! The soulfulness in his voice is just remarkable!

“Lights” is one of Journey’s most-popular songs, although it only hit No. 68 on the Billboard charts when it was released in 1968. Over time, the song became more popular and is one of their most recognizable.

It’s no surprise that this performance advanced Wakefield into the next week of competition and we can’t wait to see what he brings to the table next week!

The coaches were just as blown away as we were by his performance.

“You have a classic voice that feels like it’s straight out of Southern rock in the ‘70s. And you have some like Steve Winwood in you, too…Big Machine [Records] should be watching you right now,” Pharrell Williams said, referring to the record label whose roster includes Taylor Swift, Tim McGraw, Reba McEntire, American Idol-winner Trent Harmon, and The Voice-champion Danielle Bradbery .

“The amazing thing about you is that there is a little bit you can give, and it keeps you on the edge of your seat,” Shelton said proudly. “You give it that moment right when it counts.”

Watch his incredible performance of “Lights” below!