By Manly Bryant on April 28, 2016
Advertisement 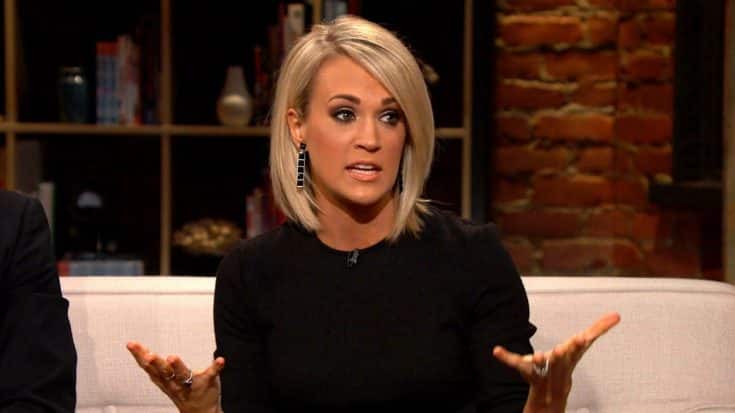 For one San Diego woman, meeting her favorite superstar was an experience that left her weary and in a pool of sweat.

Leslie has been a fan of Carrie Underwood since her career began and always listens for contests on her local San Diego radio station, KSON. One day, Leslie got the chance of a lifetime and won a contest to go meet Carrie in San Antonio!

Arriving in San Antonio, Leslie is on the lookout for Carrie, but only sees a white beater truck in the waiting area – to her complete surprise, the country superstar hopped on out and gave Leslie a huge hug!

“She gives me this big hug,” Leslie began telling KSON in a follow-up interview. “And we just started talking like we’d been friends forever.”

But Leslie was not prepared for exactly what would happen next…

The eager listener and country fan had won a contest for a one-of-a-kind gym session alongside Carrie and her personal trainer, but Leslie was astonished at how beastly and buff the superstar was!

They were planking, doing push ups, burpees, running on the treadmill – you name it, they were doing it! And how easily Carrie handled it caught Leslie completely off guard!

“I was sweating to death and [Carrie] was glistening!” she exclaimed!

All-in-all Leslie was completely thrilled to have this amazing experience with her favorite country star and we have to admit, it sounds like it would have been an incredible day!

Listen to the full interview below!