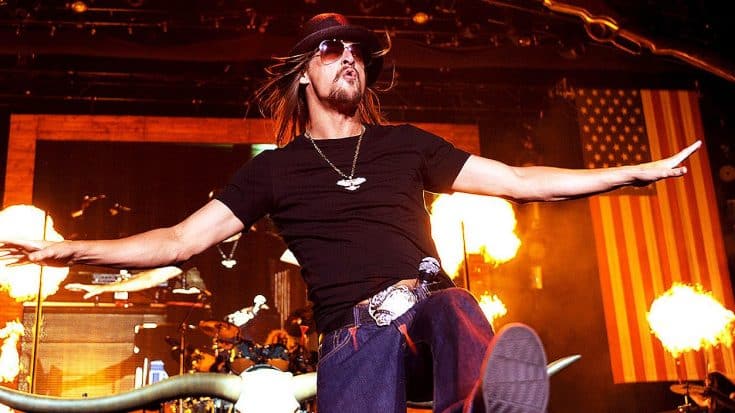 While Kid Rock was performing at one of the 110th Anniversary events for Harley-Davidson, he invited a very special guest to the stage to sing “Fortunate Son” with him.

In front of a sold-out crowd, Kid Rock gave the audience a surprise of a lifetime before he sang the Creedence Clearwater Revival mega-hit “Fortunate Son”.

“I want to introduce a true 100% American treasure,” he told the audience. “One of the greatest singers, songwriters and guitar players in our day and age, Mr. John Fogerty!“

Fogerty, who has been the lead singer and lead guitarist of CCR since 1967, received a warm welcome and went on to sing an epic duet with Kid Rock!

“Fortunate Son” was a huge hit for CCR in 1969. It was off their album Willy and the Poor Boys and peaked at No. 3 on the Billboard charts. Rolling Stone placed it at No. 99 on their list of the 500 Greatest Songs of All Time and was added to the National Recording Registry by the Library of Congress in 2014.

Fogerty and Kid Rock had everyone singing along and begging for more! Kid Rock has performed “Fortunate Son” many times over the years, but this is definitely his most memorable!

Watch the rockin’ performance below!