Trisha Yearwood Reveals One Of Her Biggest Regrets 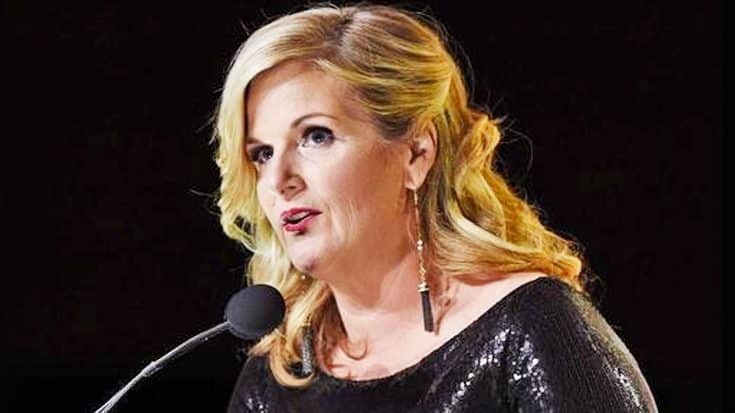 Like the rest of us, Trisha Yearwood has a few regrets about her past. However, it’s still hard to imagine that someone with three Grammys and countless number one country hits would have any regrets about her life.

When we’re young, we all make decisions, big or small, that we find ourselves looking back on years later and saying “What was I thinking?” When Yearwood recently came across an old photo of herself at age 16, she found herself asking the exact same question.

Yearwood is always open with her fans on social media, so she shared the old throwback photo with them, along with the caption “If I could tell my 16-year-old self anything, I would say______________.“

There was a bit of space between that line in the next, leaving fans to wonder what inspirational words of wisdom Yearwood would tell her younger self. But she surprised everyone with what she wrote next:

I would tell my 16-year-old self, “Girl, you are never gonna have the Farrah Fawcett flip! Stop it!”

Looking at the photo Yearwood shared, we can tell that she tried her best to copy the signature hairstyle of the Charlie’s Angels star. It looks like Yearwood almost had the flip going, but her hair was a bit too short at the time to make it look the way she hoped it would.

Even though Yearwood didn’t pull off the Farrah Fawcett flip, she was still just as beautiful then as she is now! Yearwood’s beauty truly shines through in her voice, as it does in her performance of “Walkaway Joe,” which you can watch below.

We love seeing these throwback photos of Yearwood, and we hope she’ll continue to share some more with us in the future!