Jase Robertson’s Son Blows Everyone Away With UNBELIEVABLE Talent 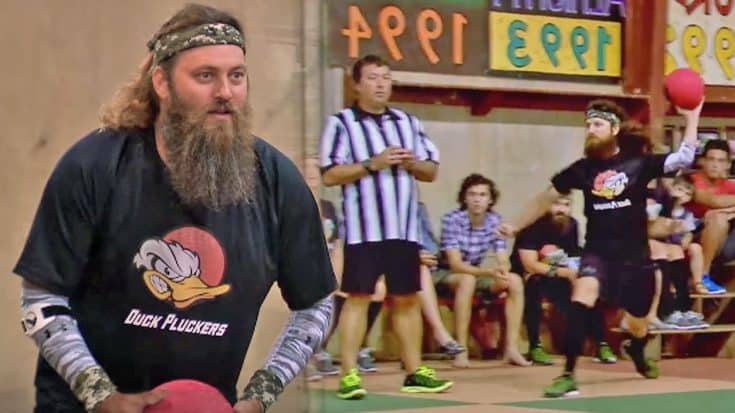 Duck Dynasty is filled with so many great moments, it’s hard to pick just one!

This, by far, is one of our favorites from Season 10. Willie, Jase, Jep, and their wives decided to challenge Jase’s nemesis, Phil McMillan.

You may remember McMillian from Season 7 when they competed against him in an outhouse race, where he was the victor.

To get even, Jase thought a game of dodgeball would be a great idea. Missy decided to sit the game out, but her son, Cole, took her place on the team.

They took their places against the wall and the game began! One by one, each of the Robertsons were eliminated, but not without putting up a good fight! They were taking out the Villains, too!

It came down to Cole and a member of McMillan’s Villains, who Willie called “a military sniper“.

It was an intense rally, which prompted Missy to threaten the last Villain saying, “Hey! Don’t hurt my baby!”

They both were throwing the ball extremely hard at each other! Cole was a baseball pitcher and you can definitely see his power and accuracy in each of his throws.

To find out who won this epic dodgeball game, watch the video below!