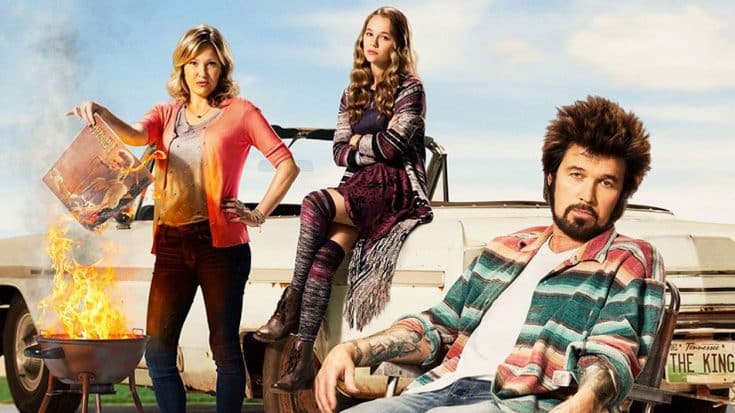 Billy Ray Cyrus is making his return to television in the brand new CMT show, “Still the King“, where he plays a character named Vernon Brownmule aka Burnin’ Vernon.

According to the show’s Facebook page, Vernon is a “scandal-ridden, washed-up, one-hit-wonder who was kicked out of country music, only to emerge 20 years later as the second best Elvis impersonator around.“

After a stint in jail because he drunkenly crashed a stolen bread truck into a church, Vernon finds out he has a 15-year-old daughter and a whole lot of child support to pay.

When showing up for community service at said church, Vernon finds out their new pastor has yet to show up. One thing leads to another and Vernon is now collecting a paycheck from the church as their new preacher.

The show will follow Vernon trying to build a relationship with the daughter he never knew he had by “doing all the wrong things…for all the right reasons”.

Watch the trailer below and make sure you tune in on June 12!