In A SHOCKING Twist, Thousands Of Fans Sing To Tim McGraw

By Manly Bryant on April 29, 2016
Advertisement 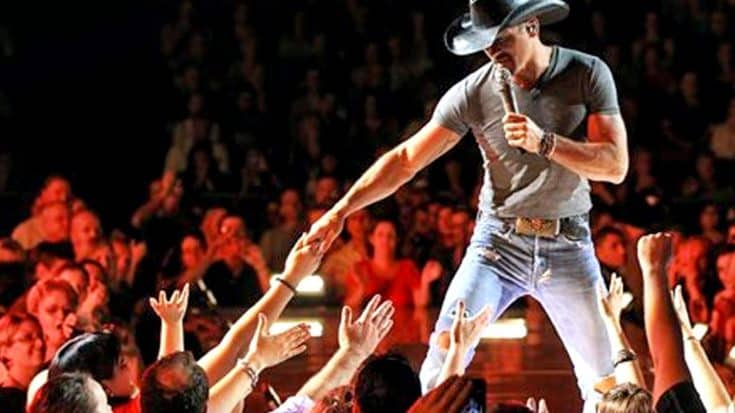 From his first super-hit, “Don’t Take The Girl”, way back in 1994, Tim McGraw was destined to be a fan-favorite country star and that’s exactly what he’s become during his 26-year career.

For over two-and-a-half decades, McGraw has been selling out concerts and sending chart-topping songs to radio, building one of the largest fanbases of any country artist.

One year, this huge number of fans decided it was time for them to give back to the man that had brought them so much good music and great memories!

During one of his iconic country sets at the iHeart Radio Country Music Festival, Tim McGraw got a surprise of a lifetime!

Tens of thousands of fans lead the charge on wishing the country superstar a happy birthday and sang him a tune that only an audience could!

Watch this incredible birthday surprise below!