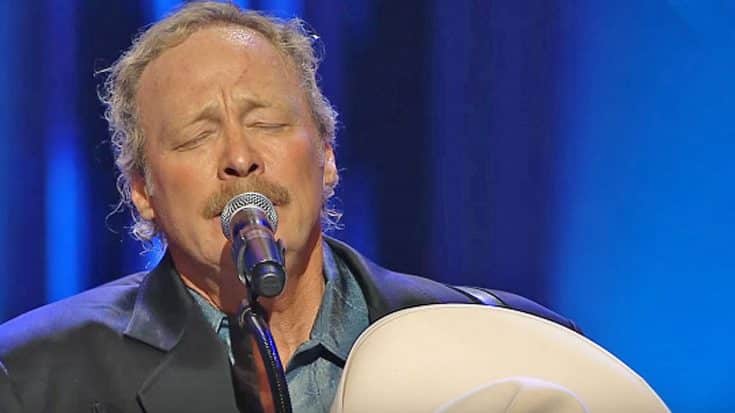 Following George Jones‘ unexpected passing, family, friends and fans were able to honor him during a funeral service held at the Grand Ole Opry on May 2, 2013.

The Opry was filled with people who adored Jones and was broadcasted on live radio and TV.

With “He Stopped Loving Her Today” being one of his most famous songs and it being a perfect song for a memorial service, everyone was wondering who would be performing the emotional ballad.

Alan Jackson was chosen and he gave an incredibly moving performance honoring his hero, George Jones.

As soon as he sang the first lyic of the famous song, he received a round of applause. When the camera pans to the audience, you can see Jones’ widow, Nancy in the front row sobbing. Most of the audience stood during Jackson’s performance to pay their respects.

Jackson managed to keep it together for most of the performance, until the end when he got extremely misty-eyed. Before singing the last phrase, he took off his signature cowboy hat, placed it over his heart, and closed his eyes, as if he were saying goodbye.

It was the perfect tribute and we know that Jones was smiling down on him.