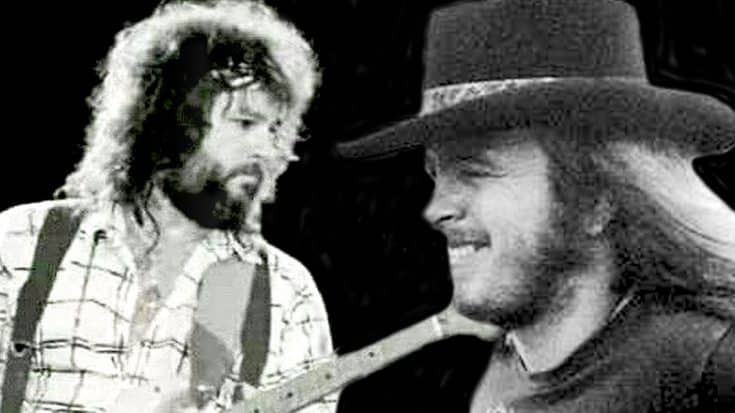 Randall Hall grew up in Jacksonville, Florida, a city which would one day become known as a birthplace of Southern rock thanks to one legendary group…Lynyrd Skynyrd. As luck would have it, Randall got the chance to know some of the Skynyrd band members while he was pursuing his own career as a guitarist. But it was Skynyrd’s lead singer Ronnie Van Zant who made one of the greatest impacts on his life.

When Randall met Ronnie, he was only 17 years old and performing in his band called Running Easy. Randall and his band went to a place called Pinochio’s in Atlanta, Georgia to audition, where Skynyrd just so happened to be playing a show, Before their audition, Ronnie took Randall to meet guitarist Allen Collins, who years later asked Randall to take his place in Skynyrd for their tribute tour in 1987.

Randall told swampland.com in 2001 that Ronnie did everything in his power to help him and his band. He put Randall in touch with agents and other influential people, which led to a few gigs for Randall’s group. Ronnie had a lot of faith in Randall and his talents, and told Allen during their first meeting, “mark my words, you’re gonna hear from him some day.“

The two struck up a friendship over time, and Randall remains appreciative of Ronnie and everything he did for him. Randall said that Ronnie never doubted his talent as a guitarist, something which he made clear in a somewhat bittersweet story about the last time they saw each other:

“I was working at an apartment complex as the in-house landscaping guy. I was digging a hole out in front of an apartment, and he just wheeled up…And I was digging a hole with filth and dirt all over me, you know…I had to knock the dirt off my hand to shake his hand. He said, ‘Man, you’re too good to be doing this…Why are you doin’ it?’ I said, ‘I got to make a buck right now, you know?’ A few months later his plane crashed.”

Because of Ronnie, Randall also developed a close relationship with Allen, who eventually recruited him to join The Allen Collins Band after the plane crash in 1977. After Allen was left paralyzed following a car accident, he handpicked Randall as his replacement for Skynyrd’s 1987 tribute tour. Randall remained with Skynyrd until 1993. Just like Ronnie said all those years ago, the world now knows who Randall Hall is.

After leaving Skynyrd, Randall went on to form his own band, and currently performs in a group called World Classic Rockers, which is a rock supergroup comprised of former members of some of the world’s most iconic bands.

You can check out Randall’s incredible talent in the performance below.