You HAVE To Hear Why Dolly Parton Turned Down Elvis!

By Miranda Raye on June 1, 2016
Advertisement 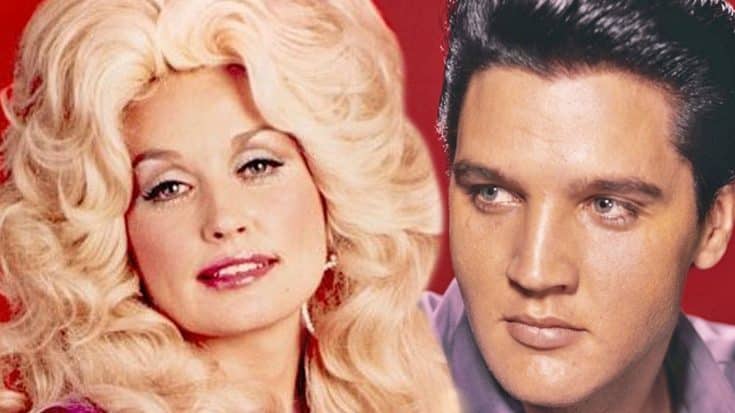 Dolly Parton may be a woman of many talents, but it is her talent as a songwriter that has always placed her in a league above the rest. Out of the many songs Parton has penned over the years, perhaps none are more iconic or beloved than her 1974 single “I Will Always Love You.”

Written about the end of her professional partnership with her mentor and fellow country star, Porter Wagoner, Parton’s “I Will Always Love You” topped the charts not once, but twice. The first time Parton’s iconic song found its way to the number one spot on the chart was after its initial release. Ten years later, the song soared to the top spot yet again when Parton re-released it for the soundtrack of her film The Best Little Whorehouse in Texas.

“I Will Always Love You” topped the charts yet again in 1992, but this time it wasn’t Parton’s name attached to the song’s success. Instead, it was R&B artists Whitney Houston who took the song to the top spot not only on the U.S. charts, but dozens of charts around the world.

Since Parton had all of the publishing rights to the song, it is believed that she earned millions off of Houston’s recording. In an interview with CNBC News, Parton revealed that she once came close to having yet another major superstar cover her song…Elvis Presley.

After Presley heard Parton’s song, he expressed interest in recording his own version. Parton was excited to hear “The King’s” take on “I Will Always Love You,” but there was one thing holding her back.

“[Presley] had wanted to record it and I had been invited to come down to the studio to hear him,” Parton said, “and it was a couple of days before and Colonel Tom Parker – who was [Presley’s] manager at the time – called and said ‘Now you know Elvis don’t record anything unless we get half the publishing’.“

Even though Parton wanted to hear Presley sing her song, she was determined to keep all of her publishing rights. As a result, she was forced to make a difficult decision, and she did what few ever had the courage to do…she turned Presley down.

“I said well, ‘I am really sorry to hear that because I already told everybody Elvis was doing my song’ but I thought you know, I can’t do it. And I didn’t,” she said.

While Parton has no regrets about holding on to her publishing rights for “I Will Always Love You,” she wishes she could have heard Presley sing the song just once. We feel the same! It must have been so hard for Parton to turn Presley down, but we have to admire her for standing up for herself.

Although Presley never recorded “I Will Always Love You,” we have Parton’s beautiful recording to enjoy for years to come. You can listen to it in the video below.

What do you think of what Parton had to say? Did she make the right decision?