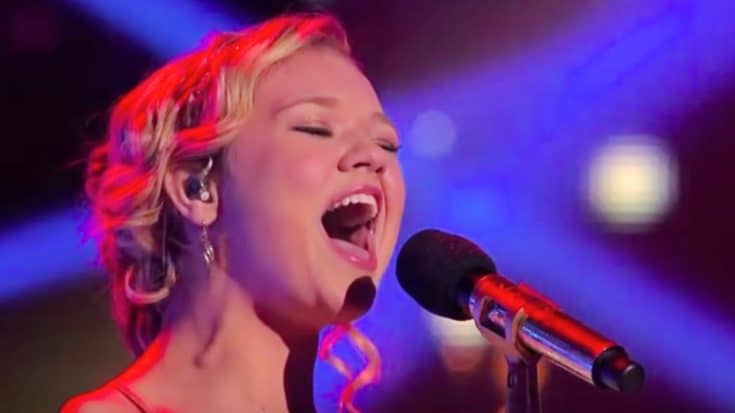 At the young age of 13, Rion Paige managed to leave a lasting impression on the world thanks to her incredible talent and strength.

The young girl auditioned for the third season of the X Factor in 2013 and soon became a standout star. As she progressed through the season, viewers got the chance to learn more about her and her rare condition, which is called arthrogryposis multiplex congenita.

The condition has caused permanent damage to Paige’s arms. As a result, she is no stranger to adversity and never let her condition get in her way during her run on X Factor.

Armed with a positive attitude, she first stunned everyone with her performance of Carrie Underwood’s powerful hit “Blown Away.” Then in a later performance, she won everyone over once more with another powerful song of Underwood’s, “See You Again.”

“See You Again” was released in 2013 on Underwood’s Blown Away album. It was a successful hit, and peaked at the second spot on the US Country Airplay chart.

Clad in a very Carrie-esque dress that looked stunning on her, Paige sang her heart out while performing “See You Again.”

The judges could feel the passion the young singer poured into her performance, “You commanded presence the way a diva would,” judge Kelly Rowland told Paige.

“Nobody has the fire behind their eyes like you do,” judge Demi Lovato added. And it’s so true.

To sum it up, this a must-watch performance. Go ahead and enjoy it below.