By Jennifer Pernicano on June 9, 2016
Advertisement 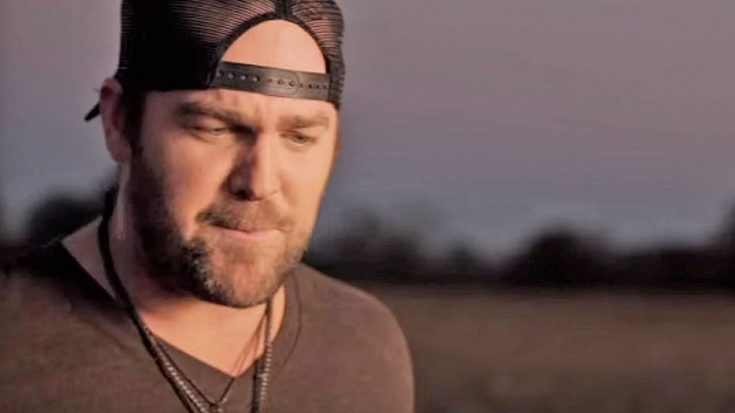 When Lee Brice recorded his 2013 song “I Drive Your Truck” he had to have known it was going to be a huge hit.

The emotional track follows a man who is mourning the loss of his older brother, who died in action serving in the United States Army.

The younger brother has been to his older brother’s grave, he’s tried to grieve, he’s cussed, he’s prayed, and asked God why, but nothing ever made him feel close to his brother like driving his truck did.

Not only is the song a tear-jerker, but the music video is also. Putting images to these lyrics makes it all the more powerful.

Watching the younger brother do donuts in a dirt field while laughing and having a good time, then all of a sudden bursting into tears is definitely something you can relate to if you’ve lost someone close to you.

What he does at the very end of the video will send chills down your spine and tears down your cheeks.

The song received the accolades it deserved. Brice was awarded both the CMA Award and ACM Award for Song of the Year.

“I Drive Your Truck” was written by Jessi Alexander, Connie Harrington and Jimmy Yeary and included on Brice’s album Hard 2 Love. Harrington was inspired to write the song when she heard an interview on NPR show Here and Now “with a family who’d lost their 18-year-old son in the war. The mother said she coped by driving his truck.”

Watch the emotional video below.