By Jennifer Pernicano on June 14, 2016
Advertisement 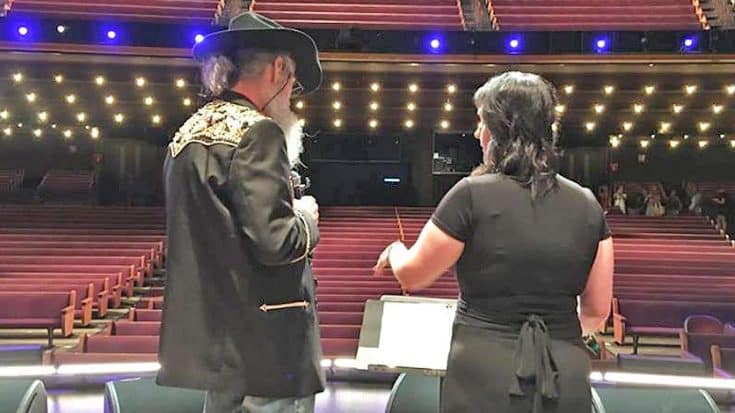 The names Si Robertson and Grand Ole Opry don’t exactly go hand in hand, but on Sunday, June 12, that changed.

For the past 34 years, Music City Christian Fellowship have put on the event “Sunday Mornin’ Country”, which according the MCCF’s website, blends “Top Country artists and your Favorite Gospel Music together for a time of Celebration and Inspirations you don’t want to miss!”

Legendary singer Brenda Lee served as the host for the incredible show and we’re sure it was incredible!

Uncle Si is actually not a bad singer! He’s shown off his skills on his family’s Christmas album, Duck The Halls, and occasionally steps on stage at local honkey tonks to sing a little Darius Rucker and George Jones.

His duet with his daughter-in-law is not his first time on the Opry stage. He joined Billy Ray Cyrus on stage a while back to sing his 1990s hit “Some Gave All”.

Watch that performance below!