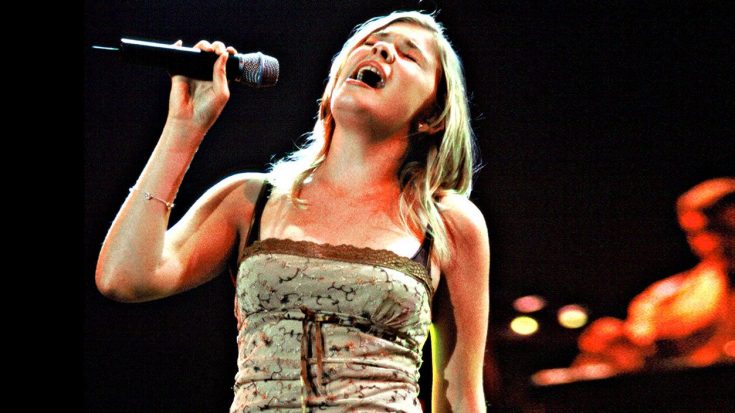 With a voice as powerful as a veteran vocalist, this talented teen chose one of the most treasured and beloved songs to ever hit mainstream radio – and she absolutely nailed it!

At just 14 years old, LeAnn Rimes had already become an international sensation with the release and wildfire success of her hit song “Blue,” but almost exactly a year after its release, she was filmed on stage at a local fair – trying her hand at Dolly Parton‘s magnificent hit, “I Will Always Love You.”

Standing center stage, young Rimes thanks her crowd of fans for the support they’d given her over the short course of her career and reminds them that she’s so thankful because without them, she wouldn’t be performing that day.

Just a few short seconds later, she took a deep breath and let out a precision note that would give Whitney Houston a run for her money!

In this enchanting and rare performance, Rimes unleashes the true power of her voice and shows off the incredible strengths of the talent she was blessed with.

Watch this 1997 video of LeAnn Rimes belting out “I Will Always Love You” below and let us know what you think in the comments.