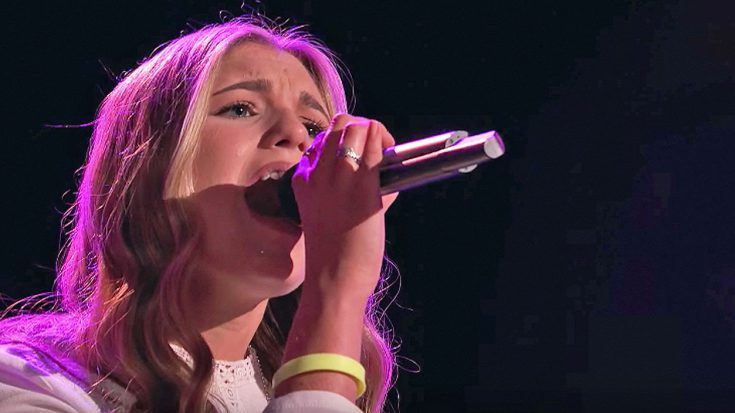 This California-native will have you in disbelief that she is only 14 years old! A young girl by the name of Brennley Brown ignited the Voice stage with her stunning rendition of Keith Urban‘s “Stupid Boy.”

The talented young country powerhouse earned chair turns by coaches Blake Shelton and Alicia Keys, whom went on to battle it out in attempt to land Brennley on their team. After sharing with the coaches that she grew up listening to Willie Nelson, Waylon Jennings, and Merle Haggard, Adam Levine laughed a warning to his fellow Voice coach, “none of that was good news for you Alicia.”

“That’s a Keith Urban song, Alicia,” Shelton began after Keys made it clear she wasn’t about to give up without a fight. “But it was written by a girl by the name of Sarah Buxton, Alicia. I’m trying to help Alicia because she doesn’t know anything about country music.”

“I just did, if you recall, the ACMs with Cam honoring Little Big Town,” Keys fired back. “Real music transcends boxes and I don’t want you stuck in box.”

After mulling over what shaped up to be the most difficult decision of her life, Brennley made her decision to join Team Blake.

You can listen to her cover of Keith Urban’s “Stupid Boy” below.