Toby Keith And Willie Nelson Team Up For Rowdy Drinking Anthem, ‘Beer For My Horses’

By Jennifer Pernicano on July 11, 2014
Advertisement 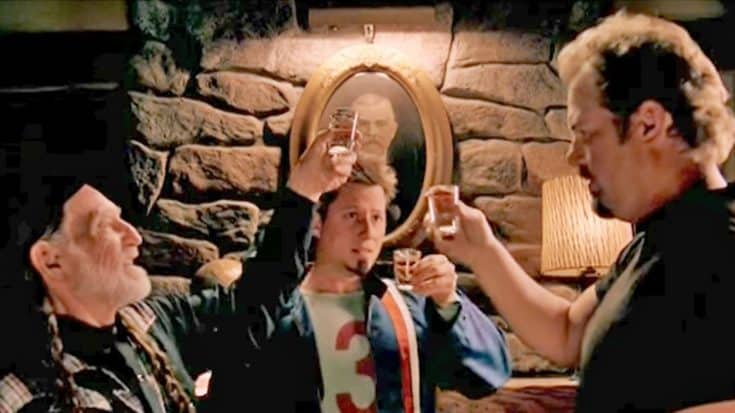 Toby Keith is known for his love of slinging a beer or two back almost as much as he’s known for being unapologetically patriotic.

In 2003, Keith released his first ever music video where he does not actually sing and it eventually won him an ACM Award for Video of the Year! Titled “Beer For My Horses,” Keith teamed up with outlaw country legend Willie Nelson for the catchy drinking song.

The video starts at a crime scene, where Keith’s character calls up his retired detective father, played by Nelson, to help him with the case, which has so far been unsolvable. Keith and his police partner bring all their files to Nelson’s house in the country so they can all try to solve the case together.

They all work tirelessly to put together a sting operation, but it goes awry when Keith’s character chases after the perpetrator and gets into a fight with him. The knife-wielding criminal had Keith cornered until Nelson showed up to save the day.

The three men toast their victory with a shots from a flask, singing the titular lyrics, “Whiskey for my men, beer for my horses.”

“Beer For My Horses” was released on Keith’s 2002 album Unleashed as the fourth and final single. The single stayed at the No. 1 spot on the Billboard Hot Country Songs chart for a total of six weeks, giving Keith his eleventh No. 1 and Nelson his twenty-third, but his first since 1989.

Watch the award-winning music video below.