By Jennifer Pernicano on July 16, 2014
Advertisement 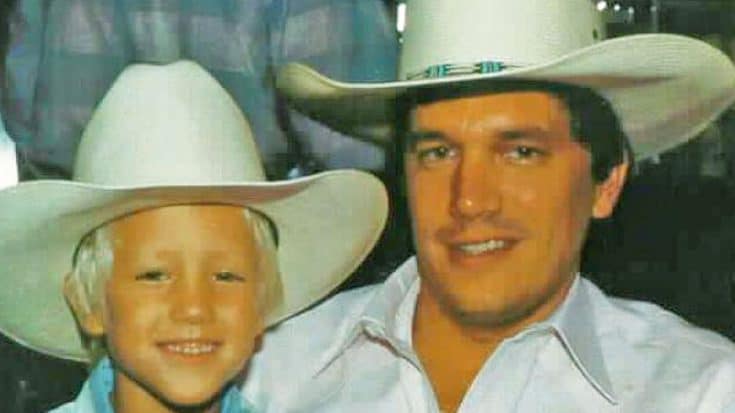 If you’re a George Strait fan, you know how much he cherishes his relationship with his son, George Jr., who goes by Bubba. Growing up the son of a country legend, Bubba learned a thing or two about country music and is a talented singer-songwriter himself. In recent years, Strait has recorded several songs that Bubba wrote for him, and they even perform them together at some shows.

Strait’s music almost always relates to something that has happened in his life. In the song “The Best Day”, Strait sings about the relationship he has with his son.

In each verse, he sings about a different activity the two have done together from camping to buying his first car, to his son getting married. After each event, his son would say, “I’m the luckiest boy alive, this is the best day of my life.”

During the verse when the son gets married, he sings, “I’m the luckiest man alive, this is the best day of my life,” replacing “boy” with “man”.

This song is extremely relatable for anyone who has kids, in general, not just sons. Strait must have enjoyed his time with his son, all their memories, and especially watching him grow from a boy to a man.

We’re sure that with his kids and now grandkids, every day is the best day of George Strait’s life. Watch his performance of “The Best Day” below.