By Manly Bryant on October 10, 2014
Advertisement 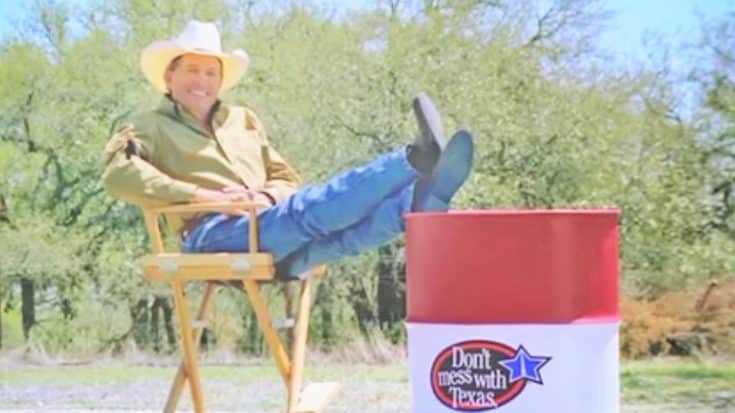 After the introduction of the “Don’t Mess With Texas” ad campaigns in 1986, they went on to become one of the most successful series of public service announcements since their inception. Texas natives grew a fondness for the phrase in its ability to captivate the pride and unapologetic attitude of the state.

George Strait tried his hand at the iconic PSAs for the 25th anniversary of the campaign in a classic King of Country fashion. From fumbling over the words to practicing the trash toss multiple times, the video perfectly captures the down-to-earth nature and charm of Strait.

Other standout “Don’t Mess With Texas” ads include that of Willie Nelson, LeAnn Rimes, as well as the epic “Trashball” ad of 2007 featuring Matthew McConaughey, Walker Texas Ranger, Lee Ann Womack, and Chamillionaire just to name a few.

You can watch the outtakes from Strait’s PSA in the video below and be sure to let us know what you think in the comments!