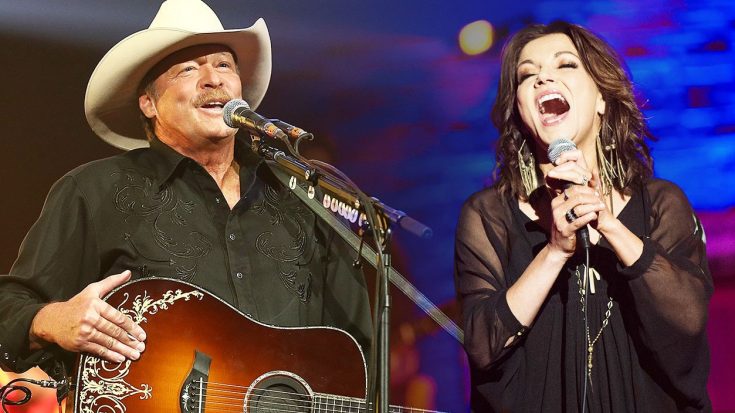 One of the most famous duets ever recorded in country music, this upbeat and fun pairing of Conway Twitty and Loretta Lynn’s voices is a timeless classic that nearly everyone can instantly recognize.

In tribute to these legendary artists, country music superstars Martina McBride and Alan Jackson poured their hearts and souls out into a full-featured cover of this song that will have you tapping your toes in no time.

“Louisiana Woman, Mississippi Man” has been a fan-favorite hit since the early 1970s when Conway and Loretta first stormed the charts with it. In the nearly 40 years that passed since it was released, many folks had covered it during concerts and done their own versions of the famous track. For her 2012 compilation album, McBride chose to recreate the magic of the song and pay homage to some of her biggest inspirations by re-recording it as a duet with her talent-filled colleague, Alan Jackson.

Together, McBride and Jackson blend their voices in a smooth and sassy take on this everlasting classic – something Conway and Loretta were incredibly good at doing themselves.

While no one can compare to the firework musical chemistry of Conway and Loretta’s original version, this cover holds its own as a beautiful tribute to honor the great work of the legendary artists that came before them.