By Jennifer Pernicano on April 21, 2015
Advertisement 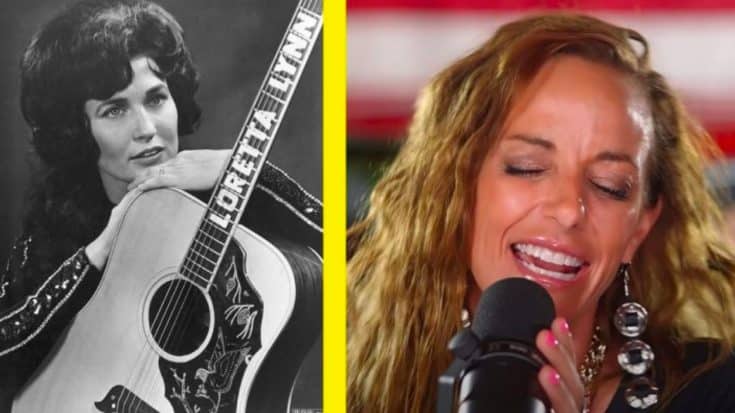 Talent really runs in the Lynn family. Loretta’s granddaughter, the very talented Tayla Lynn, paid tribute to her grandmother, who she so lovingly called “Memaw,” with a very special song titled “Coal Dust.”

Tayla grew up surrounded by country music. She explained in an interview with Dutch Bickell on PPCorn:

“I have always known in my heart that’s what I wanted to do. Memaw has been very gracious to me my whole entire life by letting me go out on the road with her. I have been doing that since I was two years old. Being out on the road with her, I obviously did other stuff too like recitals, voice lessons, and performing in school plays but, there is never anything else I have ever wanted to do. There has never been a “plan B,” it was always music, being a mama, being a wife, and sing.”

“Coal Dust” is the title track released on her debut solo EP. If y’all listen to the lyrics, hints of Loretta’s “Coal Miner’s Daughter” peaks through. It starts with, I was born with coal dust in my veins. Further on, she sings about growing up listening to her grandmother sing about “granddaddy” and living in Kentucky. You can’t stop a  girl with coal dust in her veins, she sings and grabs her Memaw’s hand with pride and a smile.

Loretta Lynn passed away on October 4, 2022 at the age of 90. She will be missed, but her legacy lives on in her music and her family.