By Jennifer Pernicano on November 4, 2016
Advertisement 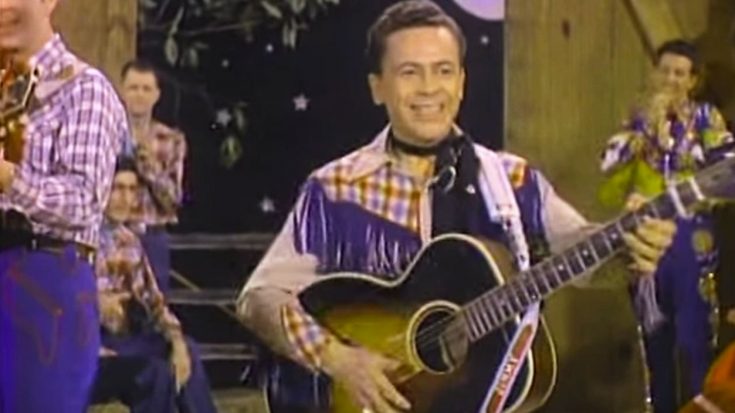 Little Jimmy Dickens, formerly known as James Cecil Dickens, won over the hearts of country music fans with his upbeat, incredibly comical songs in addition to his lovable 4’11” height! Dickens was known for his extravagant outfits and, before his death, became the member of the Grand Ole Opry after joining in 1948.

While the majority of Dickens’ songs were intended to amuse his audience and elicit laughs, one performance is particular has continued to remain in the minds of those who remember the entertainer for his chipper spirit and talented voice.

Singing “I’m Little But I’m Loud”, Dickens is seen performing on the stage of the Opry in a wild scene replicating a barn dance. The singer, wielding a guitar that seems to tower the star, brought viewers endless laughs and quality music when he shouts the lyrics,

“A lot of folks have told me/ I was pulled ‘fore I was ripe/ A winter apple picked off in the fall/ But even as a youngin’/ I was not the bashful type/ ‘Cause I could yell the loudest of them all.”

The song is a strong and comical message that although he be little, he be fierce! Watch the one-of-a-kind performance below and tell us what you thought!