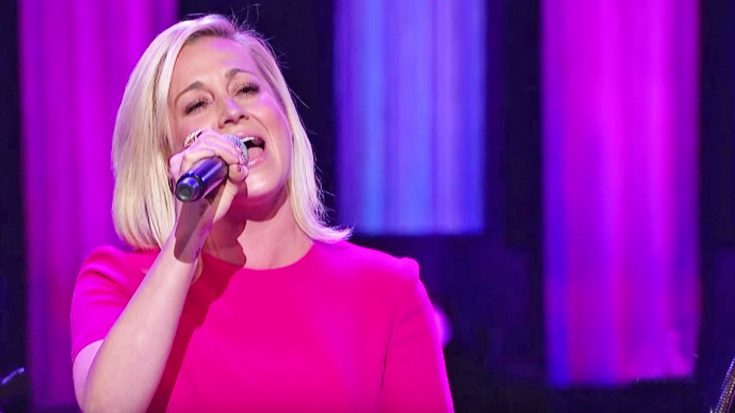 Kellie Pickler proves her voice is a force to be reckoned with in a breathtaking performance of Tammy Wynette’s iconic “Stand by Your Man.”

The CMT starlet took the stage of the historic Grand Ole Opry for a performance of the country classic in a delivery highly reminiscent of Wynette’s original. Pickler left the audience stunned when she flawlessly hit the high notes the powerful song requires.

“Stand by Your Man” was released in 1968 by Wynette and quickly soared the charts on an international scale, peaking at No.1 on Billboard’s country chart as well as No.19 on the all genre Hot 100. In 2010 the country tune was selected by the Library of Congress to be added to the National Recording Registry, acknowledging it for its historical significance.

You can watch Kellie Pickler’s striking performance in the video below.