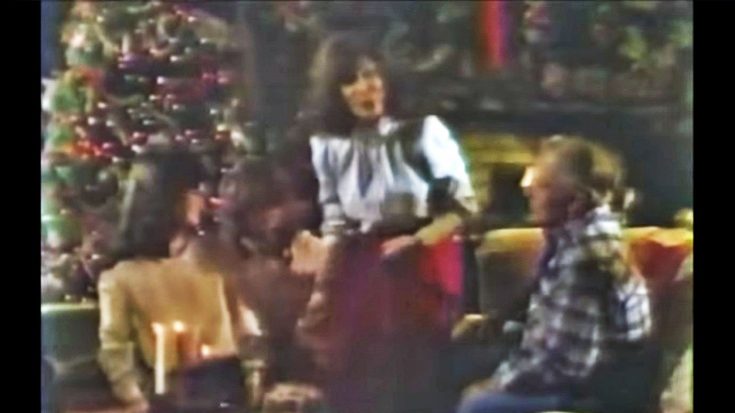 In one of the few clips you’ll ever see showing the entire family getting together during the holidays, Loretta Lynn bakes up a storm for her beloved family – including several members that are no longer with us.

Loretta Lynn was such a tremendous icon for not only country music, but also women in general that she received thousands of offers to be in advertisements for various companies, but there were few she actually accepted.

Throughout the 80s, Loretta became one of the best-known spokeswomen for Crisco shortening and during that time, she showed off some of her most delicious recipes that she had been making for her family for years!

It was through one of these commercials that Loretta welcomed the cameras into her home for a special advert during the holiday season and shared a warm moment (and a couple recipes) with viewers.

Her husband, Doolittle, appeared in the video and so did her daughter Betty Sue Lynn, both of whom have passed. Doolittle in August 1996, and Betty Sue in July 2013. Her twin daughters Patsy and Peggy also made appearances.

Watch this incredible video below!