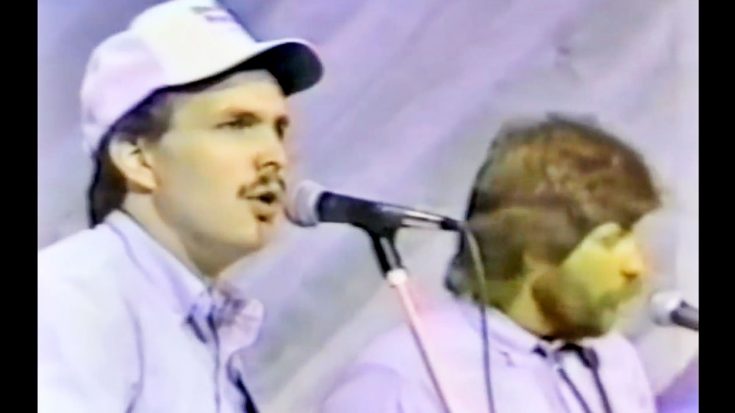 As a young singer just trying to make it in the world of music, 22-year-old Garth Brooks was doing a lot of things to try and get connected to a major label.

It was just a year after Brooks had met entertainment attorney, Rod Phelps, who was the one pushing him to move to Nashville. Brooks had relocated and immediately began making contacts in the music industry, trying to find a way in.

During the time between when he first visited Nashville to scope things out, and when he finally moved there, he had done a few things to raise money for his trip. One of these included a dazzling demo session of covers and originals that he sold. He also appeared in various bars and venues and television programs.

These performances were just the beginning of what would become the legend of a man who has broken world records for sales time and time again!

While getting his start, Brooks chose to issue a heartfelt and powerful tribute to one of his biggest country music inspirations – George Strait.

In the rare video below, you see a fresh-faced Brooks pouring his heart and soul into a killer performance of Strait’s “Nobody In His Right Mind Would Have Left Her”.

Watch it now and let us know what you think in the comments!