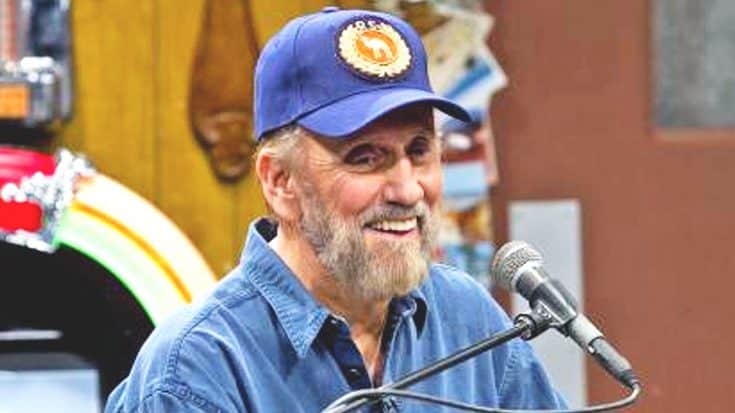 On January 24, 1939, a boy named Harold Ray Ragsdale was born in Clarkdale, Georgia. Now, that boy is known as Ray Stevens, the famous country/pop singer-songwriter and comedian.

Stevens signed his first record deal at the age of 16, and his debut singles received positive reviews from the start. Even in the beginning stages of his career, Stevens was known for being a talented comedian, penning and performing many hysterical hits.

But Stevens also has a serious side, winning a Grammy Award in 1971 for the gospel-like tune “Everything Is Beautiful.” A few years later, he took home his second Grammy for his up-tempo, country rearrangement of the Johnny Mathis song, “Misty.”

Due to all of his success as a singer and songwriter, Stevens is an inductee in multiple halls of fame, including the Nashville Songwriters Hall of Fame and the Georgia Music Hall of Fame.

All of Stevens’ music showcases his talents as a songwriter and performer, but his more comedic songs are the ones that truly stick with his fans.

Although Stevens didn’t write his 1984 single “Mississippi Squirrel Revival,” it still shows off his comedic chops, and is one of his most popular songs to this date.

The song was included on He Thinks He’s Ray Stevens, which was Stevens’ 21st studio album. Written by C.W. Kalb Jr. and Carlene Kalb, “Mississippi Squirrel Revival” was the album’s most successful single, peaking at the 20th spot on the Billboard Hot Country Singles chart.

In the comedic song, Stevens tells the story of what happens when a young boy catches a squirrel at his grandmother’s house in Mississippi. When the boy brings the squirrel with him to church, it gets loose, and hilarity ensues in the congregation.

The song was such a success for Stevens that when he re-released He Thinks He’s Ray Stevens in 1992, he changed its title to Mississippi Squirrel Revival.

In 2010, Stevens posted his song “We the People” to his website, and instantly generated a wealth of attention as a result. The song, which speaks out against political policies, particularly Obamacare, was Steven’s first time attempting a comedic song that dealt with politics.

Stevens’ song was so popular that it even caught the attention of Bill O’Reilly, who spoke with Stevens about the song on his show, The O’Reilly Factor. O’Reilly noted that Stevens had experienced a bit of a lull in his career for some time before he posted his video for “We the People.” He was curious to know if the response Stevens got for the song was greater than any he’d experienced in a while.

“Quite some time, yeah,” Stevens answered. “And it’s just, you know, I’ve never stopped doing what I’ve always done. I love what I do, but this has been sort of a breakthrough, really.”

Stevens also said that he’s always been into politics, but never felt like he was able to sing about it. But he felt passionately about “We the People,” so he decided to record it, and another one of his many comedic hits was born.

Out of Stevens’ many recordings, his 1974 single “The Streak” is arguably his greatest success. Written solely by Stevens himself, the song was included on his Gold-certified album, Boogity Boogity.

At the time that Stevens released “The Streak,” the act of “streaking” had just become a popular craze. Stevens’ decision to use the trend as inspiration for another one of his comedic tunes was a smart one, because the song became his second number one hit.

In the song, Stevens plays a news reporter who comments on various streakers around town. Stevens also takes on the role as the husband of “Ethel,” always warning her not to look at the streakers running around.

After all this time, “The Streak” is still one of Stevens’ best comedic tunes, and is always guaranteed to give you a good laugh!

At age 81, Stevens doesn’t show any indication of slowing down, and released his latest album in 2016. He’s continuing to do what he loves: making music and making people laugh, and he’s doing a great job!