By Jennifer Pernicano on August 25, 2016
Advertisement 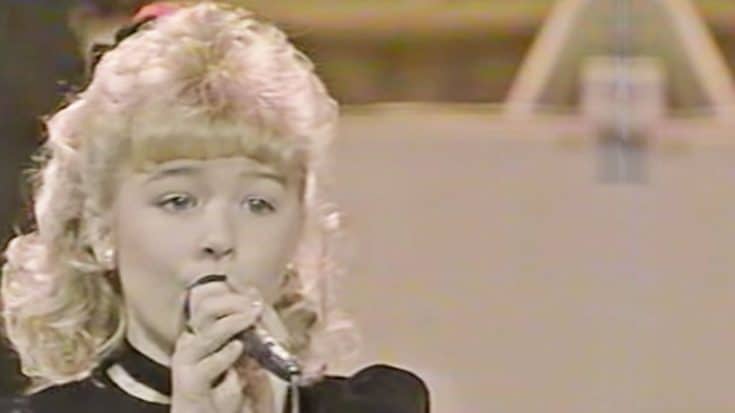 Ever wonder how country singer LeAnn Rimes found superstardom at such a young age? In 1990, LeAnn competed on the popular television show Star Search when she was just 8 years old.

Dressed to impress, LeAnn stepped out onto stage for an endearing performance of Marty Robbins’ country classic “Don’t Worry ‘Bout Me.”

She competed against fellow 11-year-old contestant, Levi Garret, by earning an impressive 3.75 stars from the judges.

The future Grammy-winner wore a colorful skirt, velvet black choker , cap sleeved black top, with her blonde hair adorably curled and pulled back by a big bow. LeAnn stole the show with her endearing performance of Marty Robbins’ country classic, so much that even her competitor gave her praises.

The two had met at the show in Fort Worth, Texas and Levi admits that she is “the best little girl singer in the whole world I’ve ever heard.” The two hit it off so well that they even performed a duet of “Hey Good Lookin'” together.

The original version of the reality game show aired from 1983 to 1995 and was hosted by Ed McMahon. Other notable competitors on “Star Search” are Christina Aguilera, Jessica Simpson, Beyonce (as girl band Girls Tyme), Britney Spears, and Justin Timberlake.

You can watch the two adorable country contestants in the video below!