By Jennifer Pernicano on June 4, 2015
Advertisement 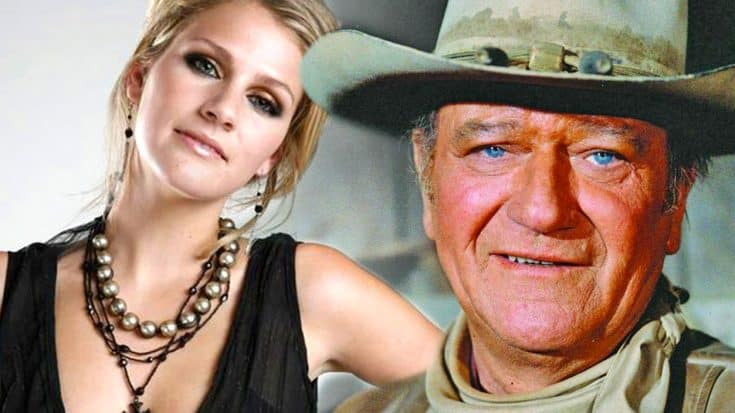 John Wayne is without a doubt an American icon. His talent and films are timeless and no matter your age, you’ve  probably seen at least one of his movies. He starred in over 170 films and had quite a few memorable quotes.

Wayne touched many lives and though he’s no longer with us, he will live on and on – not just through his movies, but also through this touching song that his granddaughter, Jennifer Wayne, wrote in honor of him.

What song is Jennifer Wayne singing in this picture?! Go!

Jennifer is a singer, songwriter, and member of the country trio Runaway June. You may know them for their single “Lipstick.”

Even though her grandfather passed away before she was born, Jennifer still has a huge connection to him. So much so that she wrote this beautiful tribute for his 100th birthday in 2007.

It starts off with the lyrics, “He comes in with two guns blazing / the only man with true grit / he saves the day / he gets the girl / and rides off into the sunset,” but then it gets deeper and more meaningful, letting us know all the life lessons that this cowboy taught us, like getting up early, not wasting the daylight, knowing right from wrong, loving your family, staying strong, and so much more.

Watch her perform the moving song below.