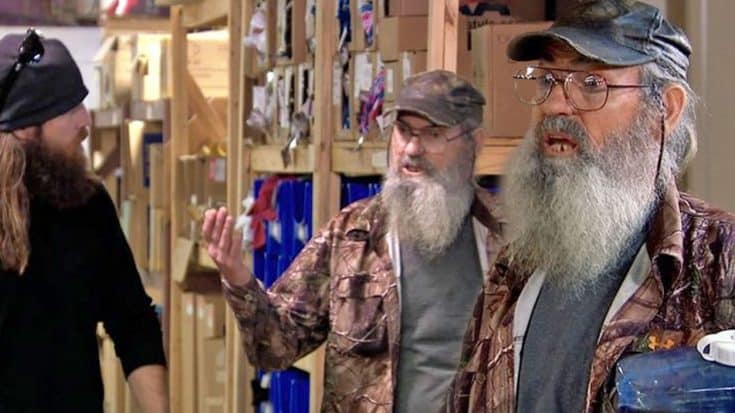 Poor Uncle Si is a little naive it seems, when it comes to movies. Not realizing that the film “Ted“, about a teddy bear that comes to life, was going to be an adult comedy, instead of a wholesome, family film. Man is he mad about it too. He goes on a rant about what is happening to the world, and about other animated teddy bears that he believes are now going to do more adult things.

“What is this world coming to, when we can’t even count on teddy bears to give us wholesome entertainment?!”

Assuming it was PG, he went to the film and then sat through the entire thing to the ending, which he claims was horrible! And then to top off the morning, when they walk into the office there are new desks for them to work at. Neither Si nor Jase like the idea of these new desk where you have to stand up to work.

“Hey! The man has gone crazy if he thinks I’m gonnna stand here like a prairie dog. Hey! He’s lost his mind. I ain’t no prairie dog.”

But as soon as Si sees that the desks move, he changes his mind and starts to play with the tables. Jase is still upset, but Uncle Si’s reaction to the new desk is the best!