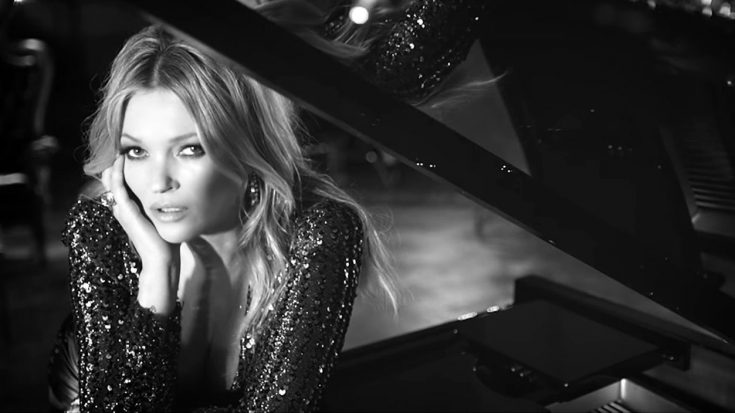 Fashion icon and model royalty Kate Moss is channeling her inner rock ‘n roll seductress as she stars in a recently made music video to Elvis Presley‘s “The Wonder Of You”. The stunning woman of beauty graced the camera is a variety of outfits, both inspired by “The King” and meant to lure one in.

Moss lip synced to a decent portion of the song, serenading viewers as she sang into a microphone, in addition to lounging on a pristine piano and feeling the music. The model also rocks Presley’s leather jumpsuit amidst the recording and has clearly been studying the performers hand gestures.

This is not the first music video Moss has taken on, as she has previously played a pole dancer in The White Stripes‘ “I Just Don’t Know What To Do With Myself”, in addition to a socialite embarking on herdoppelgänger in a haunted mansion in the music video for Marianne Faithfull’s “Sex With Strangers.

While Presley was not the original artists of the ballad, his 1970 live performance melted the hearts of listeners and, months later, he released it as a single. It transitioned into a regular number throughout his concerts as well as became his 59th Top 40 hit!

Fans of Presley praised the model’s stunning appearance, adding that they’re sure Moss has fallen for Presley after this performance! You can watch the clip yourself down below and tell us what you think!