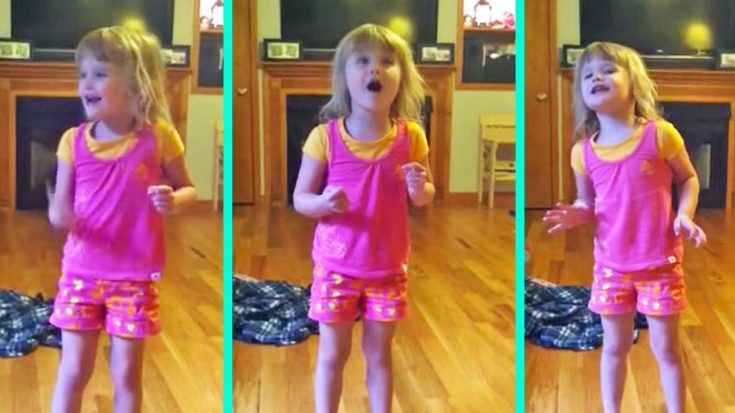 As soon as you hear that opening guitar part of Lynyrd Skynyrd‘s “Gimme Three Steps,” you can’t stop yourself from tapping your feet. There’s something infectious about the song that gets in your head and makes you want to have a good time.

Skynyrd has fans young and old, and one of their youngest fans loves singing along to “Gimme Three Steps.” This four-year-old gal loves the song so much in fact, that she doesn’t even need the music to be able to sing along.

She may not know all of the words, but what she makes up with that through her enthusiasm. Plus, she even threw in a some air guitar!

This little cutie’s parents are definitely raising her right. Go ahead and check out the adorable video of her singing “Gimme Three Steps” below.

If you have kids, let us know…what is their favorite Skynyrd song?