By Miranda Raye on October 19, 2016
Advertisement 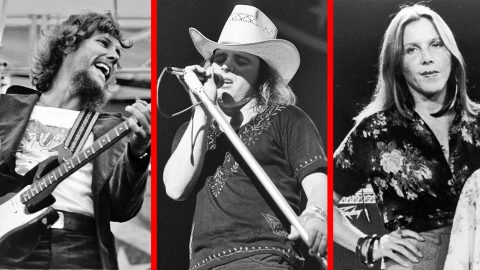 That group was named Lynyrd Skynyrd. What started as a bunch of young kids who just loved playing music eventually turned into one of the greatest rock bands to ever exist. With songs under their belt such as “Sweet Home Alabama,” “Simple Man,” and the iconic “Free Bird,” Skynyrd was poised at the top of the music world in 1977.

The date was October 20, 1977, forty years ago to this exact date. Three days prior to that, Skynyrd had released their fifth studio album, Street Survivors. For some members of the group, it became the final album they would ever record.

With new music out, Skynyrd was traveling around the country to play at various gigs. On October 20th, they had just wrapped up a show in South Carolina and were all set to head to their next performance in Louisiana. The band and crew loaded up on their chartered Convair CV-240, completely unaware of the life-altering event that would occur only moments later.

The plane carrying Southern rock’s shining stars started to run out of fuel as they neared the end of their flight. While the pilots attempted to make an emergency landing, they were unable do so. The plane crashed in the forest outside of Gillsburg, Mississippi, and the course of Southern rock was changed forever.

The pilot, Walter McCreary, and co-pilot William Gray both died in the crash. The band’s assistant road manager, Dean Kilpatrick, was also killed.

Cassie Gaines, who was part of Skynyrd’s group of background singers known as “The Honkettes,” also lost her life on that day.

The previous year, her brother, Steve Gaines, joined the group as a guitarist. Steve penned four of the songs on Street Survivors, and had a future full of potential. But it was a potential he never got to realize, as he was one who lost his life on that tragic day.