By Jennifer Pernicano on July 1, 2015
Advertisement 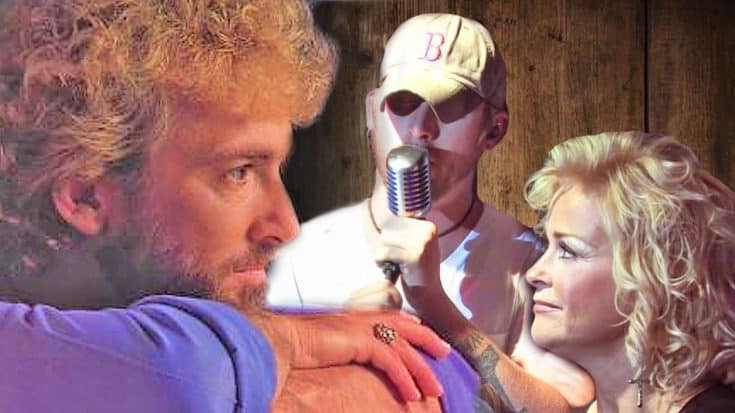 On May 9, 1989, the legendary Keith Whitley tragically passed away, leaving behind a son, Jesse Keith Whitley, and his wife, Lorrie Morgan.

Jesse Keith was not even two-years-old when his father passed away, so one of the only ways he was able to connect with him while growing up, was through music.

Almost a spitting image of his father, Jesse Keith Whitley took the stage at the Choctaw Casino in Oklahoma and had a special guest with him, his mother.

The mother-son duo came together to sing a breathtaking rendition of Whitley’s 1988 hit song, “Don’t Close Your Eyes”.

The moment Jesse began singing his father’s signature song, the crowd went wild! All Jesse had to sing was, “I know you loved him,” and you can instantly hear one fan yell, “Sing it Jesse!”

Seeing the audience’s response made Morgan get a little emotional. You can see her standing in the back holding back tears.

We’re sure that Keith would be so honored and impressed by this rendition, and we know he is smiling down on his family.

Enjoy this beautiful tribute, we’re sure you’ll love it.