You Won’t Believe Who Blames This French Bulldog For Making A Mess!

By Jennifer Pernicano on July 8, 2015
Advertisement 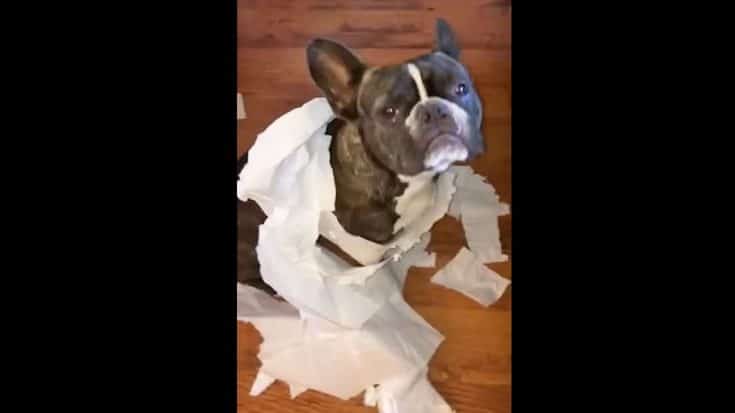 Dogs are a man’s best friend, because apparently they aren’t loyal to each other! Dogs normally get into the messiest things, like the trash or mud, but Abby, a French Bulldog, got into the toilet paper and her Bull Mastiff best friend, Turner, sold her out in the most hilarious way!

Abby, who is covered in toilet paper, is interrogated by her mom.  She’s asking, “Is that what you want? Do you want to wear that toilet paper all day long? Did you make this mess?“

She then turns to Turner and asks, “Turner, did she make this mess? Did she do this? Who did it?” Looking a tad bit guilty, Turner points at Abby!! He clearly does not want to get in trouble for Abby’s mess! How their owner was not bursting out in laughter, we will never know!