X-Factor Contestant Wows With Emotional Performance of ‘The Rose’

By Jennifer Pernicano on July 9, 2015
Advertisement 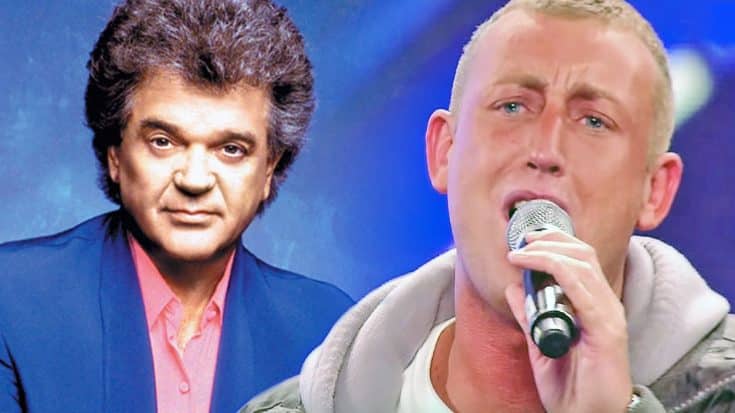 Christopher Maloney walked on stage shaking, with tears in his eyes. The Liverpool native explains that he didn’t realize how big the crowd would be. It’s taken him 25 years to build up the courage to stand on the famed X-Factor UK stage. Every season, he prints outs the application, fills it out, and then rips it up.

The 34-year-old revealed to the cameras that he moved in with his grandmother after his grandfather passed away. She’s the only person who believes in him. Christopher chose to audition with the famous song “The Rose” because it was played at his grandad’s funeral.

After telling the judges how much this would mean to him and his “nan,” they all looked tired of his rambling, but the second he started singing, they were shocked! His booming voice takes over the entire auditorium and his talent is solidified with roaring cheers from the audience!

“The Rose” is a pop song, originally made famous by Bette Midler, who recorded it for a film of the same title.  Conway Twitty recorded his version in 1983 for his album Dream Maker.  His take on “The Rose” was a number 1 hit in the United States and Canada.  It was his 30th number one single on the country charts.