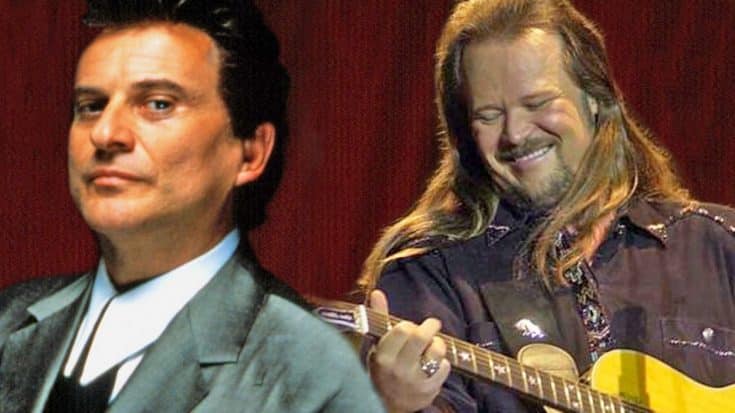 When Joe Pesci asks you to do a duet, you don’t say no.  Not only because he’s known for playing mobsters in movies, but also because he is a very talented musician!

Travis Tritt recorded the song “Bible Belt” for Joe’s movie My Cousin Vinny in 1992. Joe was promoting the movie when he found out Travis was performing the song at the 27th Annual Academy of Country Music Awards.  He called up Travis and asked if he could perform the hit song with him, to which Travis said yes!

The unlikely pair rocked the stage with tons of energy, entertaining the crowd and everyone watching from home! Clearly, Joe has a background in music, because he held his own with Travis and his band.  You can’t even tell playing music is not his day job! He actually tried to have a career in music before his acting career took off! Who knew?!

“Bible Belt” is off Travis’ second album, It’s All About To Change, which is highest-certified album. Selling over 3 million copies, the album is Triple Platinum!

Watch the insanely fun, not to mention amazing, performance of “Bible Belt” below!