By Jennifer Pernicano on July 14, 2015
Advertisement 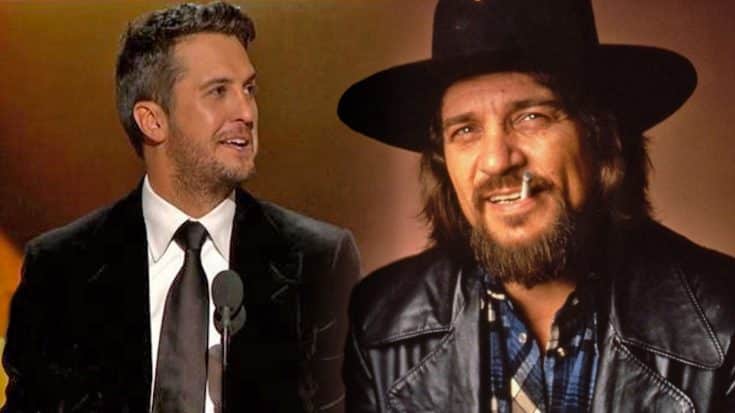 This week’s latest controversy has been all about Luke Bryan and his interview with Hits Daily Double where he spoke out about the outlaw country genre.  Artists and fans were not too happy about what he said about country legends Willie Nelson, Merle Haggard, and Waylon Jennings.

“I think that people who want Merle, Willie and Waylon just need to buy Merle, Willie and Waylon. I’ve never been a ‘Those were the good old days’ kind of guy. I’m not big on looking back on the past. I’m not an outlaw country singer. I don’t do cocaine and run around. So I’m not going to sing outlaw country. I like to hunt, fish, ride around on my farm, build a big bonfire and drink some beers—and that’s what I sing about. It’s what I know. I don’t know about laying in the gutter, strung out on drugs. I don’t really want to do that.”

Waylon Jennings’ daughter-in-law, Kathy Jennings, took offense to his comments and wrote a letter to Luke. You can see what she said HERE.

Kathy is married to Waylon’s son, Buddy, and she has been posting on Facebook using the hashtag “#WaylonForever” ever since.  Shooter Jennings, Waylon’s more famous son, told the Los Angeles Times on Monday, July 13, 2015 that Luke Bryan called him and his mother, Jessi Colter to apologize.

“Luke Bryan called my mom today to clarify that he would never disrespect my dad or me or any of us. He also asked for Buddy’s number to call Kathy. Whether or not he does, that takes a lot of guts. I misfired and said some things in the past about other people, namely John Maybe. And I didn’t have the guys to apologize. So, that being said, that kinda won me over.”

Shooter Jennings, who is also an accomplished musician and pushes boundaries, just like his father, said, “I love Kathy for her defense of the family and caring so much for the legacy.  But as my mom says, [some] people out there want things they way it WAS and nothing else. I’m not defending pop music, but I am defending new music.”

After the initial criticism broke out on social media, Luke sent out a series of tweets saying, “It’s so frustrating that something negative has spun out of the story.  I would never speak against any artist. It’s not my style. I consider Willie, Waylon, and Merle musical heroes. I was trying to state what I was about and where I come from with my music. It’s as simple as that.”

Shooter understands where Luke is coming from, especially since he is so outspoken himself. He said:

“While I support my family obviously, personally the whole thing didn’t make a difference to me. I’ve had my fair share of words being twisted and articles being sliced and diced. So I figured it was that…but he went above and beyond and manned up and apologized. In the long run, I believe his image has improved.”

Do you think Luke’s apology is enough? Sound off in the comment section!