Blue Collar TV Predicted The Fall Of Dukes Of Hazzard With This Hilarious Parody! (WATCH) 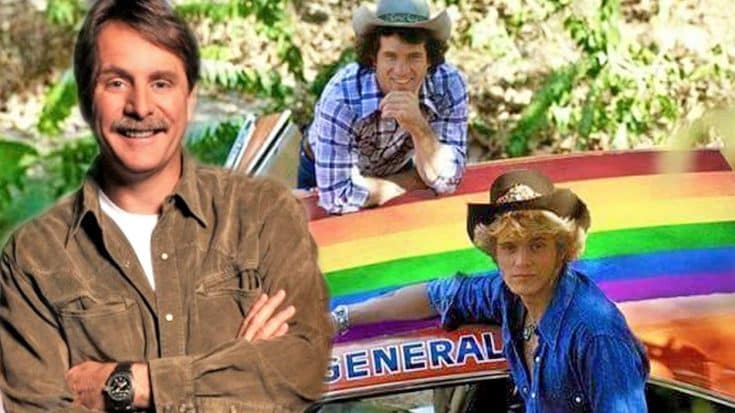 Someone needs to give Jeff Foxworthy and Larry the Cable Guy a medal, because they predicted the fall of Dukes of Hazard long before it happened. Six years ago, they did a skit on their television show Blue Collar TV and that skit was titled “The P.C. Dukes of Hazzard“.

This skit is scary accurate, to what is happening with the show now. In the skit they remove the confederate flag from the top of the General Lee and touch on issues like racism, sexism and equality for all. There’s a Jewish Uncle Jesse, a polite Bo and Duke and an electric General Lee, the entire skit was hilarious back in the day, but now is a stunning reality with the controversy surrounding the Confederate Flag.