Must See Compilation Of The Best Scenes From The Western “Tombstone” 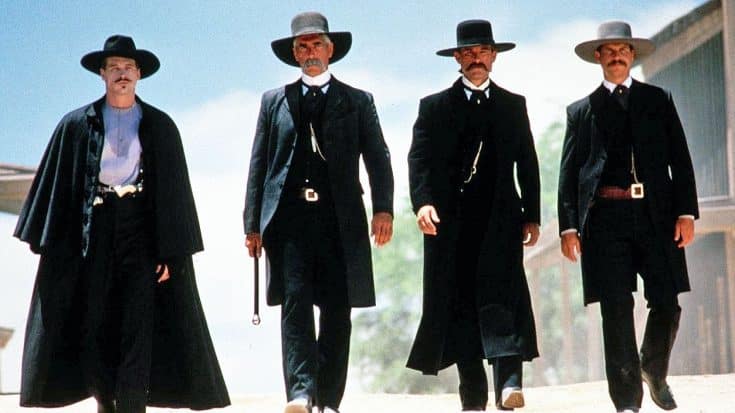 Released in 1993, Tombstone was the talk of the year and went on to become known by True West Magazine as “one of the 5 greatest Westerns ever made” and grossed over $56 million dollars. The film stars Kurt Russell as Wyatt Earp and Val Kilmer as Doc Holiday, and it follows the story of Wyatt Earp down to the shootout at O.K. Corrall and then the battle between the Earps and the cowboys.

It’s a classic film that’s well known and ranked as number 14 on the list of highest grossing Western films since 1979. With a mix of action, romance and good ole Western shootouts, the film pleased more than just classic Western fans. With Sam Elliot and Bill Paxton playing Wyatt Earps brothers, the film had a star studded cast that helped with it’s popularity in the box office.

Check the video out below.