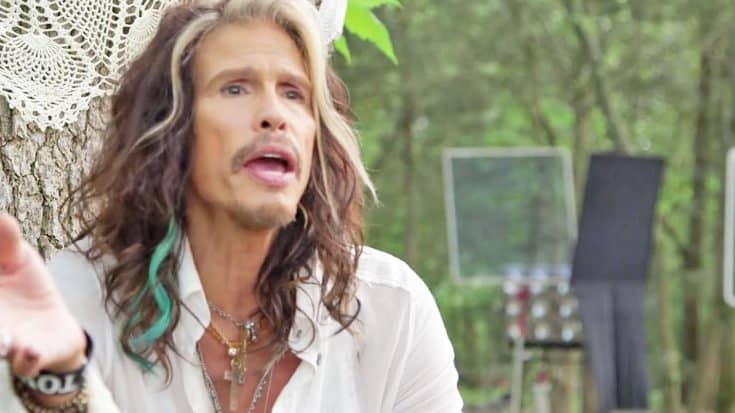 It wasn’t something most country music fans ever anticipated. Steven Tyler has gone country! He has followed his heart toward something he feels strongly about, and it’s endearing.

Behind the scenes of his music video “Love Is Your Name”, we get a first hand look at the vision prior to shooting the video. Tyler collaborated with director Trey Fanjoy to make the music video of his dreams, and made sure that the setting captured exactly what he envisioned. The results proved to do just that!

Tyler shares the personal items in the video, along with the symbolic meaning behind them. As a child he grew up in the country, with a slingshot and a pet raccoon. Who would’ve thought!

In many ways this crossover is very important to Tyler, and he feels connected to country music. This behind the scenes look shows the deeper meaning of “Love Is Your Name”, and the effect it has had on the rock and roll, turned country, legend!

Watch the footage below!