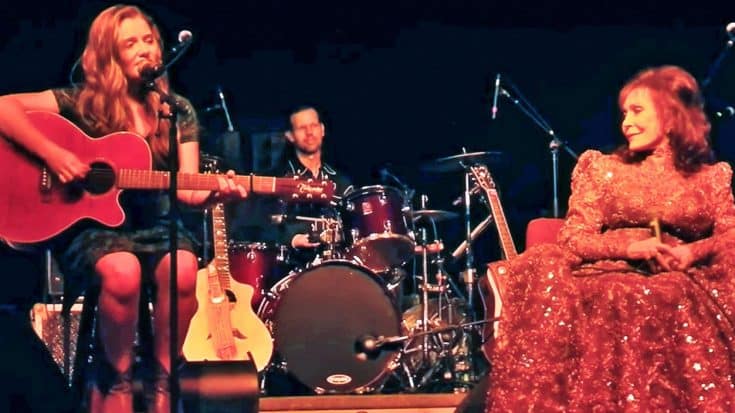 Loretta Lynn’s granddaughter is a force to be reckoned with, and it looks like Loretta knows that already!

In this stunning video, as soon as Emmy Rose opens up her mouth, the crowd bursts into applause, and seems shocked by how talented she is!

Loretta looks on at her granddaughter, as she sings The Band Perry’s “If I Die Young“.

The video begins with Emmy appearing shy and bashful, but as soon as she starts playing her guitar, little Emmy bursts out of her shell!

Loretta Lynn has such a talented family, and it seems as though every Lynn is a singer/performer in some way!

From Loretta’s own daughters, to her son, to her grandchildren, Loretta is extremely blessed to have such a huge and accomplished family.

Emmy Rose is in good hands with her infamous, country legend of a grandma watching over her!

Check out Loretta’s talented granddaughter, and see her shine performing this stunning cover!