The Son Of YouTube Sensation Angry Grandpa Surprises His Dad With A Touching Gift! 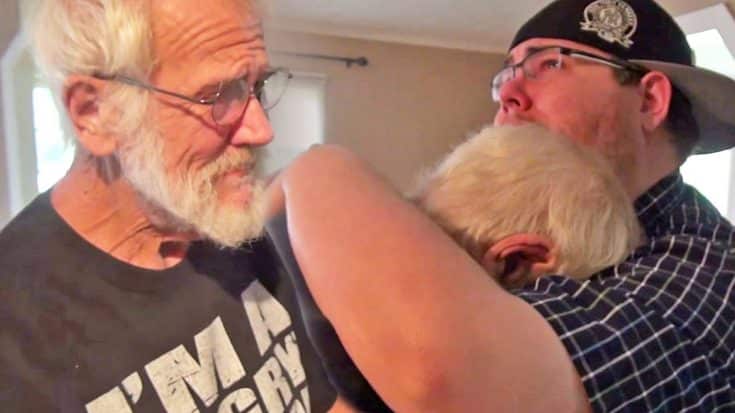 The YouTube sensation “The Angry Grandpa Show” is based on a father and son who are constantly playing pranks on each other. Michael Green and his father Charles Green, Angry Grandpa, definitely enjoy teasing each other and putting it on video. But in their newest video, Michael and his wife Bridgette have orchestrated the biggest prank of all, but it’s not what you think.

“For the past few months, Bridgette and I have been planning a huge prank on Angry Grandpa and today’s the day we’re goign to pull it off. We’ve been taking my dad house hunting with us under the pretenses that he’s looking for a house for me and Bridgette. The only problem is, he’s been looking for his own house.”

As Michael leads his father through the house on a tour, it’s clear that Charles, Angry Grandpa, loves the place and is super excited for his son and daughter-in-law to move in even asking for one of the spare rooms to have a bed for him to spend the night. Well, once they are back in the living room, it’s time to come clean. As soon as Michael hands his dad the keys, the tears begin to fall and you can’t help but feel the emotion as Michael admits to just wanting to make his father happy and Charles is at a loss for words at the gift his son has given him.

“No, no, Michael. I don’t deserve this. I love you, son. I love you so much. My whole world revolves around you.”

A touching moment for a loving family. Check out the video below and be ready for the tears.