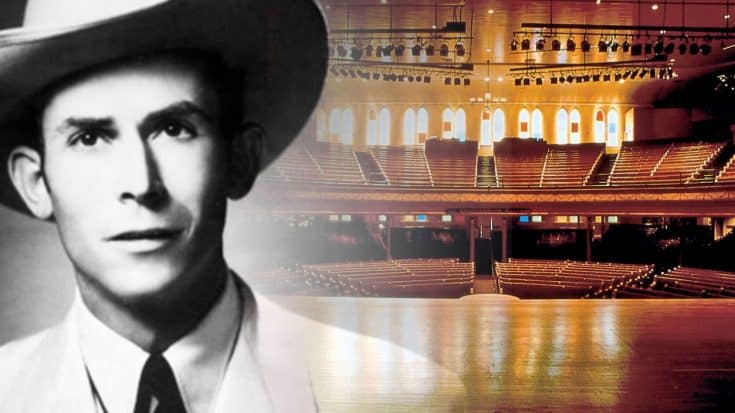 There’s really no where in the world quite like Nashville, Tennessee.

‘Music City‘, as it is sometimes called, is filled with culture, history, stories, country music…. and ghosts.

Although Nashville is full of hope, energy and music, the city has also been the site of some incredibly devastating tragedies.

So, there is no surprise that Nashville is one of the most haunted cities in the country. Ghosts roam the city, especially the ghosts of country legends and Civil War soldiers.

Below is a list of the top 5 most haunted places in Nashville.

Prepare to be spooked. Music Row is a small area southwest of downtown Nashville. The area is the heart of the country music industry and serves as home to many gospel and Contemporary Christian businesses. Music Row is home to the famous Studio B, the controversial statue, “Musica“, and features many streets named after some of country’s biggest stars, like Roy Acuff and Chet Atkins.

But among all the rich history, there are also ghosts that haunt Music Row. The ghosts are believed to live in buildings that no longer exist, one being Gilley’s Nightclub. It was reported that a ghost of a Civil War soldier beat the bar manager’s son, giving him a black eye that did not disappear like the soldier did.

Ghosts also are said to haunt the record label offices in Music Row. Employees have reported that lights will go on and off, and doors will open and close. Psychics have been called in to cleanse the buildings, and it was reported that their work was successful.

But, ghosts have even spotted walking the streets at dusk. Now that is spooky! Behind the Ryman Auditorium is a little honky-tonk bar called Tootsie’s Orchid Lounge. In 1960, Tootsie Bess opened the lounge as a place for aspiring country stars to come enjoy food and drinks. Happy to help, Tootsie would accept IOU’s from those struggling to make it into the industry. She was loved in the music world, and each year a group of Grand Ole Opry performers would pay off her IOU’s, so she wouldn’t lose money. But don’t be fooled by the cuteness of the purple building, legend has it that Tootsie’s is haunted. The most regularly spotted ghost that haunts Tootsie’s is Hank Williams Sr. He has been seen ordering drinks at the bar, and still performs on the stage. A plasmic mist that looked very similar to Hank was once seen on stage and photographed.

Tootsie herself has also been rumored to haunt the lounge as well. She’s know for tapping her fingers at the end of the bar when she’s less than impressed by a musical act.

The alley between Tootsie’s and the Ryman Auditorium is also believed to be haunted, with even more sightings of Hank reported. That’s pretty scary! Just a few steps from Tootsie’s is the Ryman Auditoriam, the Opry’s former home. Things can get a little spooky at the building once called, “Mother Church of Country Music“.

In 1892, Capt. Thomas G. Ryman opened the Union Gospel Tabernacle, which was intended for religious purposes. After his passing in 1904, the building was renamed the Ryman Auditorium and was used as an entertainment venue.

A few ghosts have been known to haunt the Ryman, including Capt. Ryman himself. He has been known to voice his opinion when he isn’t impressed with a performance. Once he cared so little for a performance in the early 1900s that he thrashed so loud no one could hear anything.

Another reported ghost is a figure called “The Gray Man“. Many performers and employees have reported seeing a man in gray sitting on the balcony during rehearsals, but when they look for him, nothing is there except an empty seat.

Lisa Marie Presley once reported that she came in contact with her father’s ghost while performing at the Ryman. She said after her performance she headed back to her dressing room only to find the door stuck closed. Anyone who tried to open the door was unable to enter, and just when they were ready to give up, Elvis’ laugh was heard from the other side of the door and it opened easily. In 1960, country singer Ernest Tubb released the album, Ernest Tubb Record Shop, named after his actual record shop in Nashville which opened in 1947. But before the building was Ernest Tubb’s Record Shop, it was used as a military hospital during the Civil War, with (of course) a morgue was located in the basement.

Although you may think the souls of passed soldiers are the ones haunting this building, it’s actually the mysterious CD player. It has been said that during conversations with customers, if an employee mentions a country artist, the next song on the CD player’s queue will be that of the artist. Coincidence? Maybe, maybe not. We can all agree that if you’re performing at the Grand Ole Opry – you’ve made it.

While some performers leave after their show, others don’t.

Opry go-ers have been known to spot quite a few ghosts roaming the building, but one performer that never truly left the building, is Roy Acuff. The legend has been spotted the most at the Opry, so much that employees must say “Goodnight, Mr. Acuff” before locking up the building… or strange things happen.

Opry employees have reported that once fans and performers leave, they will prepare to lock up only to hear the sound of the curtains opening if they don’t tell Roy goodnight. When they go to see, the curtains will indeed be up with the lights on. Looks like someone is getting ready to take the stage!