5 Of The Sweetest Things Loretta Lynn Ever Said About Her Husband, Oliver “Doo” Lynn

By Miranda Raye on January 9, 2018
Advertisement 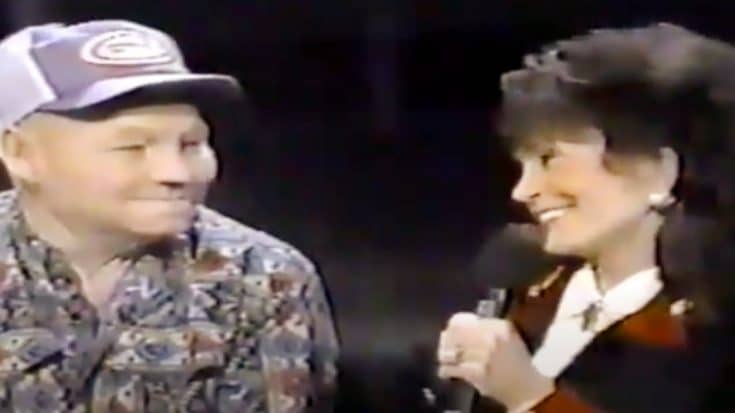 Loretta Lynn was still a teenager when she married Oliver “Doo” Lynn on January 10, 1948. While the marriage was shaky at times, Doo remained Loretta’s strongest supporter in her career. He is the one who helped her get on the path to stardom by buying her a guitar and helping book her early radio appearances.

Many years and six children later, Loretta was one of the biggest stars in country music, with Doo by her side. He also served as the inspiration behind some of Lynn’s fiery hits, including “Fist City” and “Don’t Come Home A Drinkin’.” But despite their troubles, Loretta and Doo remained married for 48 years, until Doo’s death on August 22, 1996.

While Doo was the subject of some of Loretta’s feisty tunes, he has also been the subject of admiration in many of her interviews. Over the years, Loretta has made it clear just how much she loved and still loves Doo.

We’ve put together a list of some of the sweetest things that Loretta said about her beloved husband and number one fan, Doo Lynn.

1. The Time She Talked About Their Wedding

Since Loretta was still young when she married Doo, she got to grow up with him throughout their marriage. That in turn, allowed them to develop the strong bond that lasted for 48 years. In her memoir, Still Woman Enough, Loretta wrote about how Doo became the center of her universe from the moment she said “I do.”

“I married Doo when I wasn’t but a child, and he was my life from that day on.“

2. When She Described How He Helped Her Become A Star

If it weren’t for Doo, Loretta may not have gone on to become a country music star. Writing in Still Woman Enough, Loretta described exactly how great of an influence Doo had on her career. She also shared how thankful she was for him, since he never gave up on her.

“[He] thought I was something special, more special than anyone in the world, and never let me forget it… Doo was my security, my safety net.“

3. The Time She Described Her First Opry Visit

Like it often was during the early stages of Loretta’s career, Doo was instrumental in helping her get to the Grand Ole Opry for the first time. The day before her performance, the couple spent the night in Nashville, but in a much more humbling place than a hotel.

Since the Lynns were poor, they ended up sleeping in their car. Loretta recalled the story while speaking in a video interview for The Tennessean. It turns out they had parked directly across from the Opry, and despite their lack of money, Doo made sure to buy Loretta a special treat before her big show.

“The first morning, we slept in the car. He parked it in front of the Grand Ole Opry, and I didn’t know he’d done that. And I woke up and seen the Grand Ole Opry…we didn’t have any money, but he went and got us doughnuts. And we were eating doughnuts. Ain’t it funny you remember stuff like that?“

4. When She Called Him Her “Only One“

If you watch enough of Loretta’s interviews, you may find a commonality when she talks about Doo. Whenever someone would compliment her on her long marriage, Loretta was always quick to point out that it was also her only marriage.

Loretta mentioned this during an adorable interview with Doo, Faith Hill, and Brenda Lee. During the same interview, Loretta moved Doo to tears with a sweet serenade. But it was something similar she said during an interview with NPR that perfectly captured the strength of her love for Doo.

5. When She Shared How Much She Misses Him

After nearly half a century together, Loretta was understandably heartbroken when Doo passed away. It was hard for her to find her motivation, since he was always the one who pushed her to succeed.  She spoke about her heartache during an interview with NPR.

“I miss him so much. He kind of kept things going, like me recording. He’d always tell me how good I was, and that always helped a lot. He would say, ‘You know, we need to get a new record out,’ or whatever. He always kept me moving. And if it hadn’t been for him, I wouldn’t have been singing, period.”

Loretta passed away on October 4, 2022. She and Doo are reunited at last…