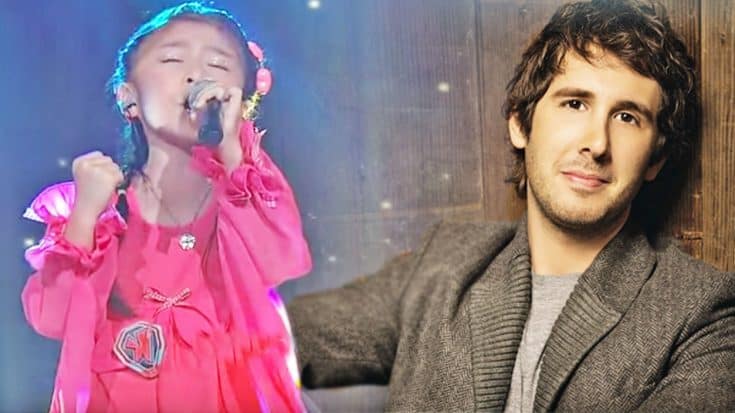 Five-year-old Celine Tam from Hong Kong sang Josh Groban’s “You Raise Me Up” in a breathtaking performance that has the potential to put professional singers decades her senior to shame.

She appeared to be just like any other average five-year-old, from her frilly pink princess dress to her glittery face makeup, but when she opened her mouth it becomes apparent she is clearly one-of-a-kind. Celine sang the song like a professional and the audience is left stunned by her insanely trained vocals.

Celine began performing at the age of three and has since won seemingly every singing competition she has entered (for obvious reasons) including “China’s Got Talent” and “Hong Kong Expo Singing Competition” and has also performed with the Hong Kong Orchestra as well as on New York’s coveted Broadway stage.

“You Raise Me Up” was popularized by the critically acclaimed singer Josh Groban in 2003 and it took the world by storm, dipping into the charts not only in the United States but internationally as well in countries like Denmark, Austria, France, and Switzerland. Since this performance, she also gained quite the following while competing on America’s Got Talent in 2017.

You can watch Celine’s powerful rendition of the song in the video below and be sure to let us know what you think in the comments!