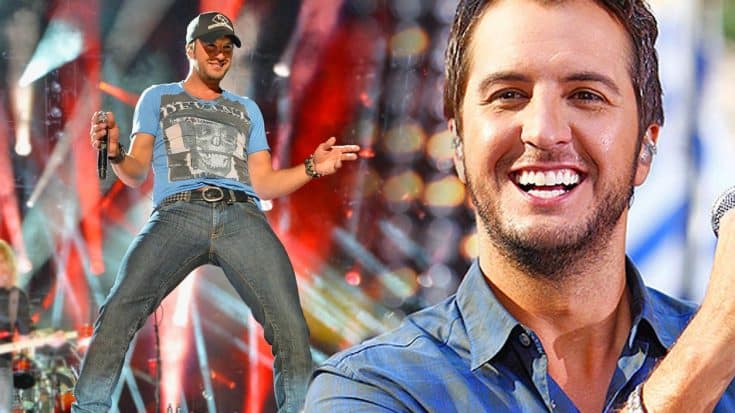 Oh, Luke Bryan. A man that knows just how to entertain his fans. Whether it’s with his signature dance moves or his record-breaking albums, he knows exactly what the fans want, and that’s more Luke Bryan!

Born Thomas Luther Bryan, Luke grew up in Leesburg, Georgia. He married his college sweetheart, Caroline in 2006. They have two children together and are raising their nephew. His career began in the mid-2000s when he wrote songs for Tracy Lawrence and Billy Currington. Luke’s first album, I’ll Stay Me, came in 2007, where his first big hit, “All My Friends Say” was released. 2009 brought Luke’s first #1 hit with his release of “Rain Is A Good Thing” on his Doin’ My Thing album. And the rest is history. Literally. Luke broke records with the release of Crash My Party album in 2013, making history with six consecutive #1 songs from this same album.

Luke is no stranger to tough times and tragedy though. Though he’s had much success, before all that, at the age of 19, before moving to Nashville, his older brother, Chris, was killed in a car accident. He needed to be with his family, so his move to city of country music was halted and he instead went to George Southern University. After graduating, he finally moved to Nashville after his father urged him to go live out his dreams. When Luke was invited to perform at the Opry, his older sister, Kelly, arranged a large group of people to attend his debut. Only a few days after this, his sister passed away at home from unknown reasons. Luke spoke on the topic. “My only older siblings … gone from the world, in a flash in two, two different, crazy, tragic manners, that … we’ll never know, and never understand.”

Luke is strong and has amazing support from his family, friends, and fans. He’s garnered major success in the country music industry and we know his older brother and sister would be so proud of him.

Luke’s music makes us laugh, cry, dance, sing, think, and want to party. Whether it’s his heartbreaking song, “Drink A Beer“, that makes a person want to tear up, or one like “Kick The Dust Up” that makes us all want to head to the nearest cornfield, grab a beer and party, his music touches us all in different ways and leaves us with great memories.

Luke, we thank God for you and the great times you leave your fans with.  But before we forget, we’re also very, very thankful for your fantastic dance moves. You’re one of a kind.