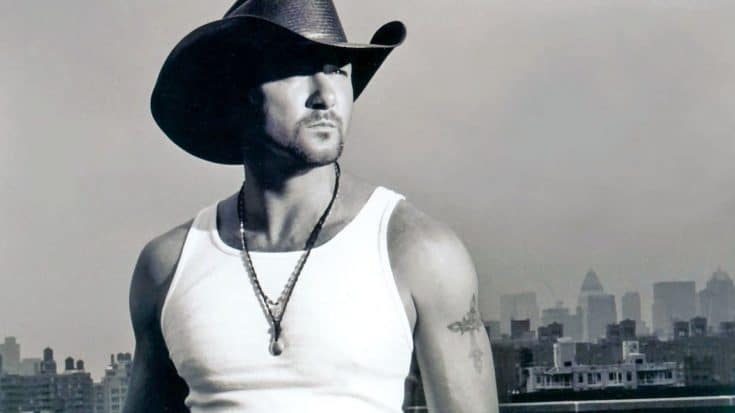 To say Tim McGraw‘s acting career hasn’t been successful would be like saying he wasn’t one of the top country artists out there. With huge successes in film under his belt, including The Blind Side and the recent summer blockbuster, Tomorrowland, Tim has made his way into the acting world successfully and with the same amount of talent that he’s shown in his music career.

Well, now he’s looking to the future and it’s looking good. With multiple projects lined up for Tim in both the music and the acting realms, it’s no surprise to hear he is to star in and produce the upcoming TNT drama series Robbers, but he’s not going to be playing a dad or a coach this time. Tim is finally getting the chance to be a bad guy.

“It’s still in the workin’ stages right now. We’re still writing and stuff, but if it all comes together it’s gonna be a lot of fun. It’s fun to play a bad guy. You get to sort of step outside yourself a little bit.”

Well Tim, we are definitely excited to see you play the bad guy. There’s no doubt that Tim will fall into the category of the bad boy that is well loved by the fans. Robbers is based on the 2000 book of the same name by Christopher Cook and Tim will play a drifter by the name of Ray Bob. The character is on a crime spree across Texas, and Tim claims to be excited about the process and the opportunity to play a bad guy.

Let us know what you think of this new role for Tim.