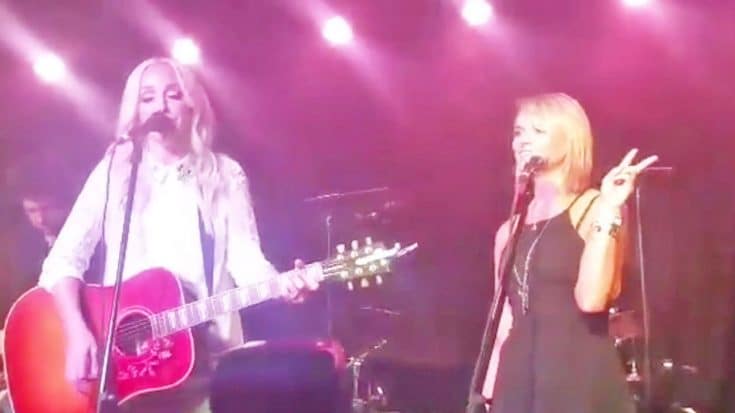 When she took the stage with friend Ashley Monroe, Miranda Lambert surprised everyone. In her first public appearance since the divorce, she shined brighter than ever!

On July 22, 2015 Ashley performed at her album release party for The Blade. There is a duet with Miranda on the album, so fans were surprised not to see her share the stage with Ashley. But when the encore started, Miranda popped out from backstage for her first public appearance since her divorce from fellow country artist Blake Shelton.

When Ashley performed “The Blade” earlier in the night, Miranda’s absence likely intentional. The heartbreaking ballad is about the end of a relationship and includes the lyric: “You caught it by the handle / And I caught it by the blade.”

A bubbly and down-to-earth Miranda joke about wearing her dress from Target, and sang beautifully. The two closed the show with Miranda’s “Heart Like Mine”, co-written by Ashley.

It is great to see Miranda in good spirits and handling everything so well. We can’t wait to see more of the blonde bombshell soon!