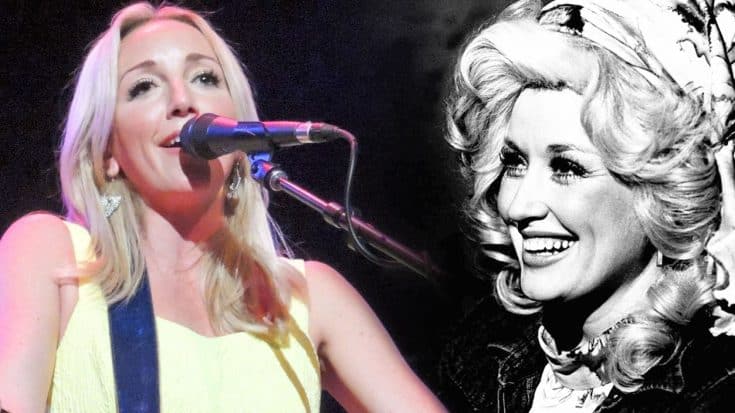 Country music newcomer, Ashley Monroe is paying homage to one of her favorite artists. The Knoxville Tennessean grew up on Dolly Parton’s music, even covering her at the age of 11 and winning a singing contest. Monroe certainly looks up to Parton, and has proved that she to has songwriting ability and wisdom beyond her years.

According to Rolling Stone Country, Monroe finds inspiration from the “Backwoods Barbie”:

“I was never as poor as her,” she says of Parton, “but being from east Tennessee, there’s just something that’s in that Appalachian blood. There’s something about growing up with the mountains around you. She still is that person. I have so much respect for her.”

“My Tennessee Mountain Home” was written and released by Parton in 1973, and became one of her best known compositions. The song tells her life story, growing up in rural Tennessee with not much more than the clothes on her back. Parton has spoke very openly about the lessons poverty taught her as a child, but is in no rush to repeat that experience!

Monroe is an exceptional talent, and this intimate cover of Parton’s “My Tennessee Mountain Home” makes that very clear.

Take a listen below!