After A Near-Death Experience, Si Robertson Wrote A Bucket List… & Y’all Will Never Believe What’s On It

By Manly Bryant on August 11, 2015
Advertisement 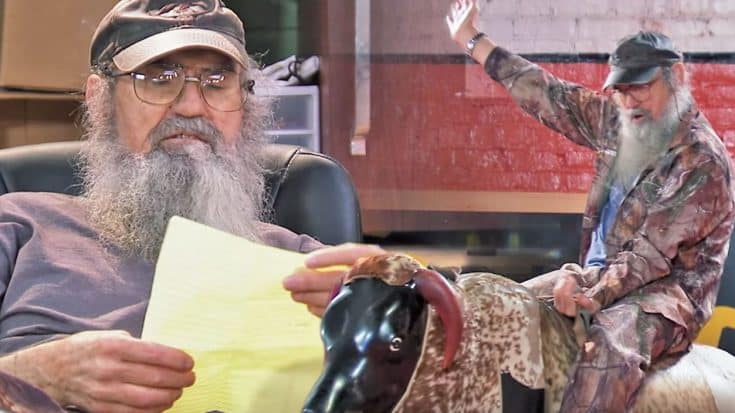 When a tree fell and crushed Si Robertson‘s usual resting place, he decided it was time to start living out his dreams before it was too late.

Si’s ‘near-death experience’ opened his eyes to all the things he still wanted to do in his lifetime, and they are pretty hilarious. While on the job at Duck Commander, Si told the boys, “I got to thinking about all the things I want to do, so I made my dream list. Cause look, time’s running out.” They rolled their eyes, but Si went on to tell them what he had in mind. Here’s a glimpse at Si’s bucket list:

2. “Be voted most valuable player in the Little League World Series”

7. “Having a date with Wonder Woman”

Although some of these were a little ridiculous, the Robertson men headed out to help Si check some items off of his bucket list… and they accomplished quite a few more than we thought they would!

After a long day of fulfilling lifelong goals, Si felt much better about his ‘near-death experience’.

You can sleep easy now Si knowing you almost became a hibachi chef and rode a bull for over 8 seconds! Great job!

Check out the video below to see Si’s bucket list experience, and we’re sure y’all will be laughing out loud!